With an array of top awards to show for what is still a relatively short career in engineering, Orla Murphy of Jaguar Land Rover shows no sign of losing any of her passion for the profession.

When you ask engineers how they got into the profession, they often suggest that their career path was virtually pre-ordained, giving every impression of never having really thought of pursuing any other path than the one dictated by their vocation.

Recently promoted to Software Change Robustness Manager at Jaguar Land Rover, Orla Murphy’s story isn’t quite like that. Raised the daughter of Cork dairy farmers, she showed an early talent for maths and physics, but also for music. Only when she took part in the BT Young Scientist Competition at the RDS, Dublin and won best overall maths, physics and chemistry project, did her future career come into sharper focus.

“Engineering wasn’t on my radar,” she says. “It was not visible to me or something I had really considered…All I know is that I didn’t have any exposure to the possibilities of an engineering career until very late on in my teens.”

The change came when she found out about a degree course in Electronic Engineering with Music at Glasgow University. “They described the degree as one third physics, one third maths and one third music. It seemed like it was made for me,” she says. From here, she went on to do her master’s before taking internships first with BT and then with Jaguar Land Rover. 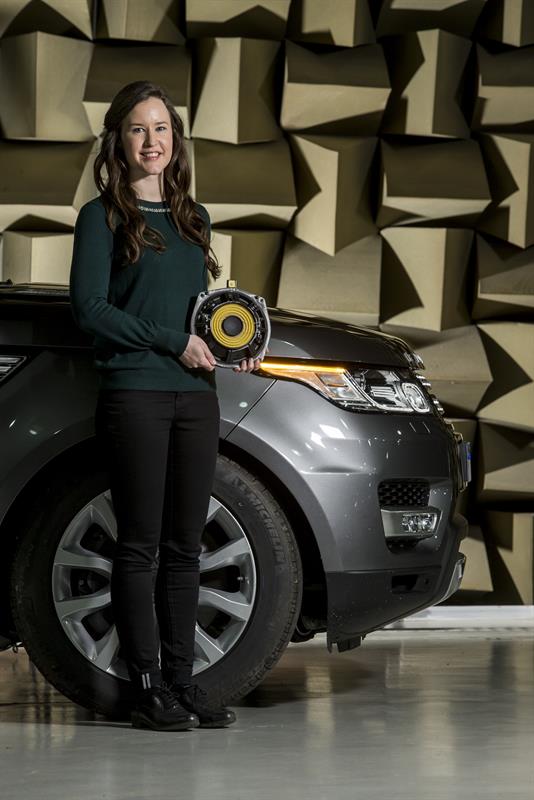 “When I went for the internship,” she says, “I told them ‘I’m not a car person. I don’t love cars, but I know that sound, music and acoustics are going to be very important areas within cars and that’s the area I wanted to work in. So, then I was placed with the audio calibration team and I had a six-month project as an intern creating 3D surround sound, putting speakers in the roof of the vehicle and conducting listening tests.”

She came back to Jaguar Land Rover on its graduate scheme and the first few roles she held at Jaguar Land Rover were on the audio side. However, the graduate scheme involved placements around the business in manufacturing, quality, CAD and even public relations. She also became heavily involved with the quality side, attaining her green and the black belts. This culminated in a promotion to lead engineer in the electrical quality team, working as a ‘black belt’ working on problem-solving for the whole electrical department.

Another promotion followed to manager of the Product Engineering Quality team. “I’d gone from the audio team, to the electrical team to the entire vehicle team,” she says. Recently, she started a completely new role as Software Change Robustness Manager.

This variety and necessary adaptability is something she relishes about being an engineer. She says: “I’ve always enjoyed learning new things. I’d hate to do a job where you work and work for years to learn how to do something and then it’s always doing the same thing and you’re always the same for the rest of your professional life. Oh, my god! That sounds horrendous to me, because literally your job on the first day is the same as your job the day you retire.”

In engineering, she says: “Because you’re engineering new projects all the time, your job is going to change constantly, and you have to be able to adapt. So, a lot of what I’ve learned in terms of the problem solving is broad and adaptable. You learn to be a good problem-solver and that’s a skill you can apply to almost any project. You can work in any company, any industry.”

She embraces her role as an ambassador for her profession – especially hoping to bring other young women into it. She says: “I was one of just two women on my course. We had some open days coming up and I volunteered to host them. I really wanted to show people what was so good about this degree. Many of the girls who were applying were so pleased to have a girl to show them round because they’d assumed it would be completely male.” 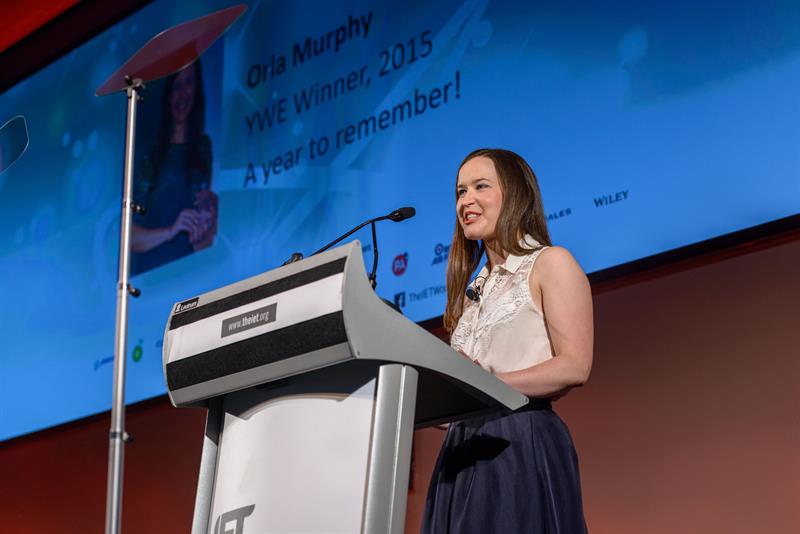 She believes that one of the biggest obstacles in getting young women into engineering is that they fear that they’ll be the only girl there and that they’ll be treated differently. “I think the lightbulb went off when I was doing the tours at the university,” she says. “It wasn’t even the girls; it was their parents saying ‘Should she be doing engineering? It’ll be so male dominated. She should do maths instead.’ And if your parents are saying that, what chance do you have?”

Murphy is careful, however, to avoid being pigeonholed by her gender. “I never want to walk into a school or a room and say ‘I’m a woman engineer’. I just want to go in and say ‘I’m an engineer, this is my job and it’s really exciting!’ and not mention the woman thing at all.

Recently, Murphy has taken on a new role at Jaguar Land Rover which concentrates more on the electrical side of vehicles. She says: “I have an electrical background and then I moved to the vehicle engineering department. Now, electrical is growing so much and so quickly in the automotive sector. And this brings with it problems, especially with software, since the difficulty is how we manage and maintain software throughout the vehicle’s life. There are so many elements to the car, all of which need to talk to each other and depend on each other. My role will be looking at software complexity and management in the field.”

This new role will not stop her activities promoting engineering as a career, however. “I think it’s great experience and it’s easy to make a big difference by doing just a little bit,” she says.

A woman’s work: Interview with the IMechE's Philippa Oldham

Manufacturing in the food industry