The ULA estimates that the implementation of these parts saves up to $1million per year. Greg Arend, ULA manager, Additive Manufacturing, explained: "We're able to save between well over 50% and in some cases over 95% by printing the part instead of forging it the traditional way."

Numerous components were 3D printed for the Atlas V ducting system in the rocket’s payload fairing, including brackets, nozzles, and panel close-outs. These were 3D printed in Ultem 9085 on a Fortus 900mc Production 3D Printer. Ultem 9085 is said to be able to withstand temperatures from -59.4 to 107°C

For ULA, additive manufacturing solutions allowed for design flexibility and unique material properties to optimise parts that can withstand the harsh launch environment. It also resulted in substantial cost and time benefits in comparison to traditional manufacturing methods. 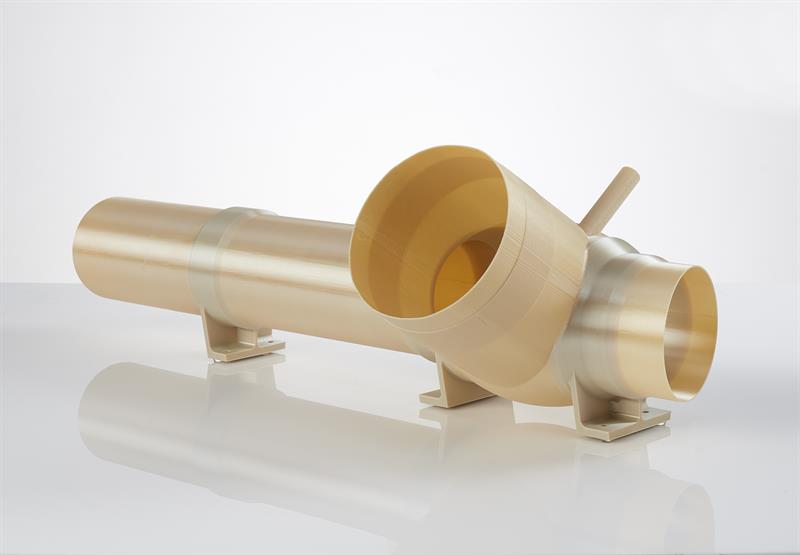 Scott Sevcik, director, Business Development – Aerospace & Defence at Stratasys, said: “It’s been impressive to see how ULA has innovated with industrial 3D printing, and we are excited to continue working with them to push the technology further.”

"We want to see how much Ultem can stand. Can we make parts that have insulation on the outside, an outer layer of Ultem that can be sacrificed [if it] burns and breaks, and then an inner structural layer of Ultem that you keep, separated by a lower density of Ultem, all made in one step."

Eventually, Arend envisages a totally 3D printed rocket: "We'll have a couple dozen unmanned space flights with 3D printed parts before manned flights occur," he said. "The technology isn't there today to print an entire rocket with large parts in high quality, precise materials at that scale. But in 10 years, who knows, that's quite possible."