A true ‘life essential’, lightbulbs are required in vast volumes, yet their fundamental design necessitates precision assembly of delicate materials. Add to this the harsh realities of repeated furnace heating and rapid cooling; the wear and tear of continuous production and the absolute need for quality control, and it is clear to see that there is more to manufacturing the humble lightbulb than meets the eye.

What if this process could be simplified? What if the assembly-line itself could epitomise the concept of ‘innovative thinking’ synonymous with the end product? Materialise and Philips Lighting decided to find out by utilising 3D printing. The collaboration has already resulted in the ‘reinvention’ of a lamp holder previously prone to part failure, and the automation of a previously labour-intensive line using lightweight design. Just these two uses together are realising cost savings of around €89,000 a year through the operational benefits they deliver.

The Philips Lighting site in Turnhout, Belgium, plays a key role in maintaining a tradition that stretches back to 1891 and is widely recognised as a trendsetter in the field of professional lighting technology. In fact, Philips Turnhout often works in partnership with research centres based in Belgium and beyond on innovations in the field of high-pressure gas discharge lamps, from concept to production. 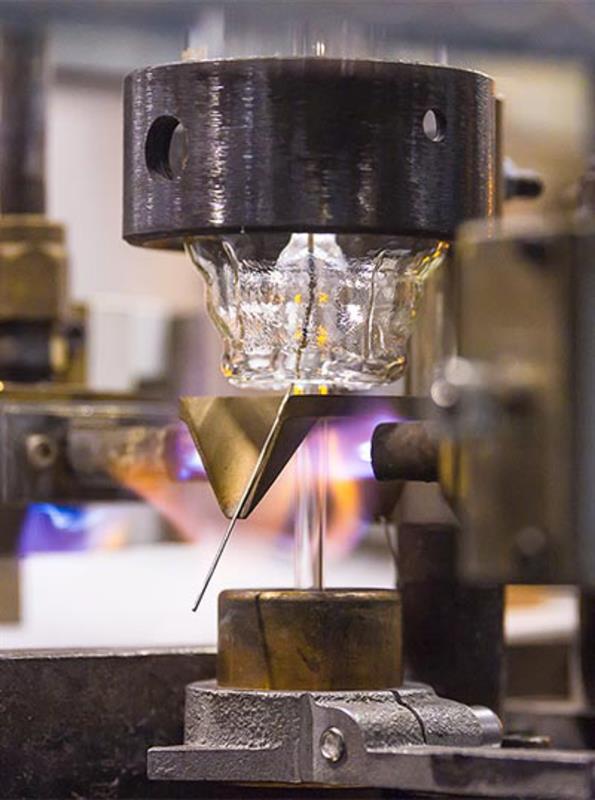 Sven Hermans, business development manager at Materialise recalls: “You have to see a line in action to truly appreciate the demands, strains and stresses on specific assembly elements, but also to understand the pressures on personnel. While at the site, we looked at parts and spoke with production line operatives, maintenance teams, factory engineers – as many people as we could in order to identify issues and areas ripe for enhancement that would be ideally suited to 3D printed solutions.

“Where could the option to use lighter materials have an impact? Where could structural design, impossible or too expensive to realise using traditional manufacturing techniques, be used to improve performance or reduce wastage? These were the types of questions we worked on with the team at Philips.”

The first part earmarked for improvement was a bracket/holder used to hold lamps in place and keep lead-in wires away from heat as torches are applied to melt and seal off glass exhaust tubes. Repeated exposure to high temperatures on a continuous line, paired with a structure featuring weld lines from a four-piece bracket assembly, meant sheering and breakage was a common occurrence, with one or two failing every week.

The brackets could be and were being repaired on site using a buffer supply of spares Philips had to store on location. However, each multi-piece unit was difficult to remove and disassemble – heat-expanded screw points being a particularly troublesome issue – and could take up to two hours to fix. Also, only a limited number of repairs could take place before a completely new unit was needed, requiring a lead time of approximately eight weeks. 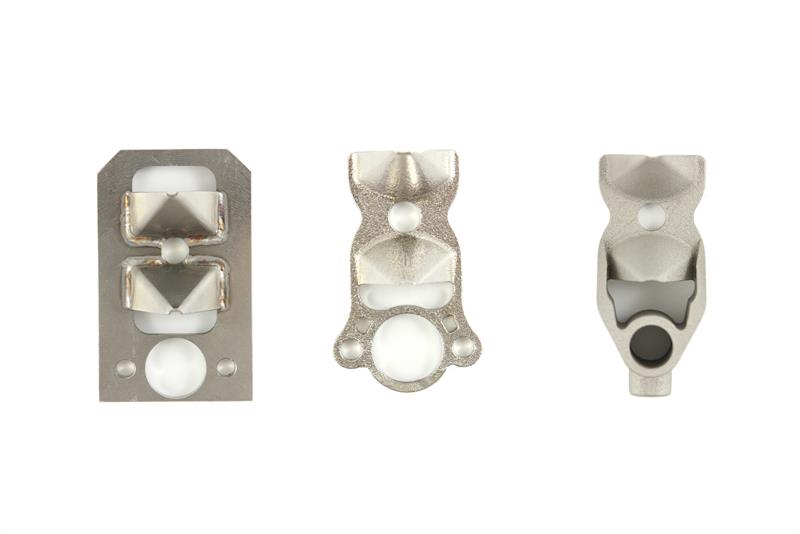 Working in partnership with Van der Jonckheyd’s team, Materialise co-engineered and metal printed a new single structure bracket, reducing time-consuming part assembly and removing weld line pressure points completely. In the first three months of use, the re-imagined bracket did not break once. It is a small change that has made a significant difference.

Van der Jonckheyd explains: “We thought having to fix parts less often and more easily would be the biggest advantage, but so far we haven’t had to replace any.”

Even when looked at purely in terms of reduced maintenance technician time, Philips is already saving around €9,000 a year. This also means the technicians can concentrate on other technical problems. Additionally, fewer breakages means that replacement part outlay has been reduced, and because ‘digital spares’ can be printed and delivered in just 10 days, only a limited number need to be stored on location.

“The previous brackets required frequent cleaning to ensure friction grooves weren’t forming – caused by wire thread-through – that could damage our end-product,” Van der Jonckheyd continues. “They had to be removed from the line in order to be maintained in this way which was time consuming. 3D printing has enabled us to create new conical wire holders as part of the bracket, with internal channels that require much less cleaning and allow in-situ maintenance.

“But I’d say the biggest difference has been the impact this has had on the mindset of those who work here. It’s sparked a thought in everyone that we can and should do things differently – since this initial project I’ve been approached by people from different aspects of production with ideas for other ways 3D printing can work for us. It’s truly engaged our workforce.”

Testament to this new mindset, as the lamp bracket underwent development the production team at Philips spotted another opportunity. Could 3D Printing help with the automation of an existing, highly labour-intensive process? 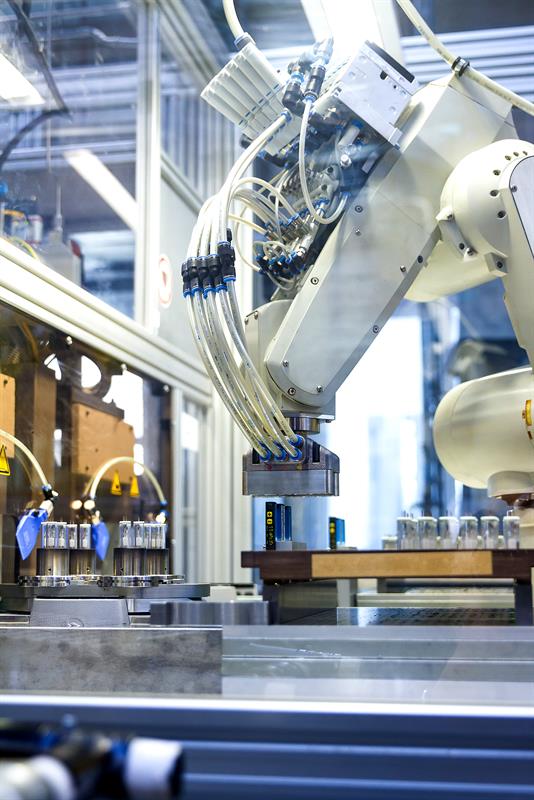 The line in question previously required a machine operator – in continuous attendance – to physically place parts in a 12-bore gripper, apply materials and remove finished units. Automation of this process required enhancements to the vacuum suction capability of the gripper and a lighter construction still sturdy enough to withstand the strains and stresses of a ‘pick and place’ robotic action.

Van der Jonckheyd’s team knew that 3D printing represented huge potential in terms of alternative metal materials, textures and internal structures that could provide a solution and worked with Materialise to design and print a part to test. By consolidating construction (reducing the need for as many individual parts), creating curved internal channels and printing the gripper from aluminium, strength and suction has improved while reducing overall unit weight.

“The gripper’s new capabilities have removed the need for time consuming manual part placement which, over the course of a year, will save us around €80,000 and significant operator hours,” says Van der Jonckheyd. “On top of this, the speed facilitated by the reduced weight means cycle time has reduced while production has increased. The whole process has really opened our eyes, imaginations and hearts to 3D printing to such an extent that it has become a natural component of our manufacturing toolkit.”

Are CAD platforms ready to help incorporate the technologies on offer for design in Industry 4.0?

New metal means a wave of AM technologies are becoming available for industry, NOT Limp Bizkit!