It might well be the beginning of the end for ICEs, but make no mistake, it will not be a quick death. Expect petrol, and possibly diesel, engines to continue to play a decisive role within the automotive industry for at least the next 10 years.

Iterative improvements within ICEs have predominantly come from smaller component part improvements, such as bearings, but also in the precise and adjustable control of components like valves.

The aim of many engine makers today is to take out the variability that a driver can have on emissions and efficiency, without taking over or limiting the amount of acceleration available.

Precision engineering manufacturer, Schaeffler, has been a long-term supplier of engine components and over the years it has increasingly taken on more of the development work for engine builders. The firm has been working on different types of variable valve trains and has long made a distinction between valve train systems with variable phases and those with variable lift.

It says, variable camshaft phasing units that adjust the phases can influence exhaust gas recirculation and the effective compression ratio. Meanwhile, systems with variable lift can have a discrete two- or three-step lift actuation or be fully-variable depending on the throttle input during acceleration. The conclusion is that fully-variable mechanical valve trains such as BMW’s Valvetronic can’t meet future challenges alone.

In 2009, Schaeffler began volume production of UniAir, the world’s first fully-variable electrohydraulic valve control system. Its latest generation, however, will broaden its appeal by allowing vehicles in the upper-class automotive market to operate more economically and with lower emissions. 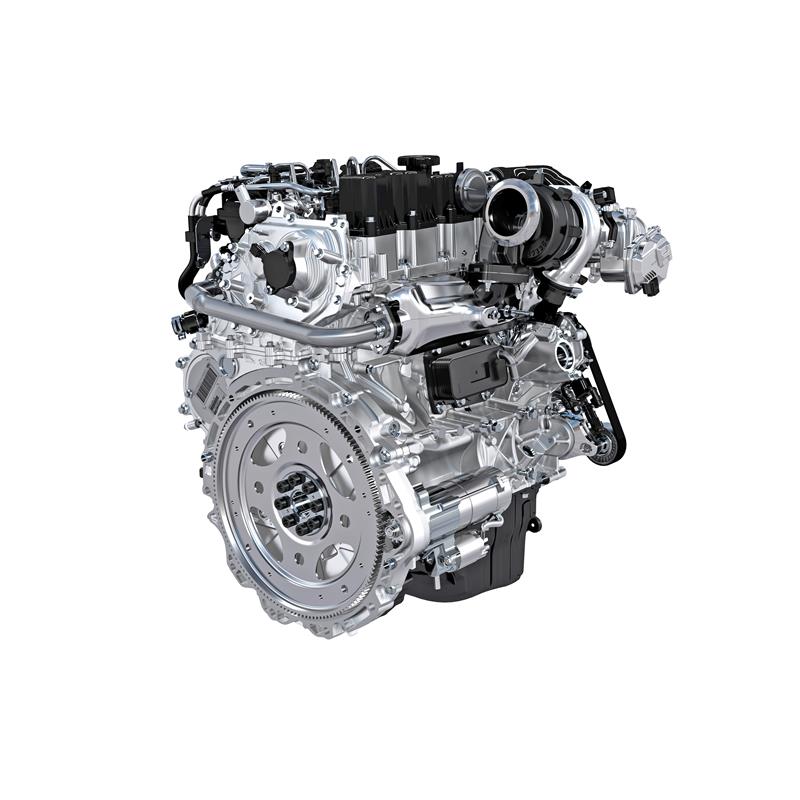 UniAir operates by controlling engine valves based on the drive cycle that matches engine operations to specific situations and requirements. In essence, the technology makes it possible to achieve laboratory efficiency figures in the real world, meaning significant reductions in fuel consumption and emissions, regardless of driving style. It’s claimed the system reduces fuel consumption by 10 %, increases power by 10 % and torque by 15 % in the lower speed range while complying with the requirements of the Euro 6 emissions standards.

“We are continuously developing UniAir technology in order to meet the increasing demands of our customers to produce engines that reduce fuel consumption and emissions,” says Professor Peter Pleus, the chief executive of Automotive at Schaeffler. “Since its development, market interest in the system has steadily increased. The fact that other automotive manufacturers are using this innovative technology provides us with a source of recognition and of motivation to continue along this path.”

The latest generation of UniAir technology combines for the first time two hydraulic camshaft phasing units. This additional degree of freedom offered by the system with its optimised mass design means that the engine can operate in an even broader spectrum of the engine data map with optimum efficiency.

Another advantage of the technology is the fast and precise control of the valves to match the relevant cycle, which allows an instant increase in torque without impairing the efficiency of the engine due to the significant retardation of the ignition timing.

Ron Lee, powertrain director within the development department of Jaguar, explains: “The new generation of Ingenium diesel engines are wholly designed and manufactured in-house. No opportunity has been missed in ensuring their design is right on the cutting edge of technical advancement.”

With the new Ingenium diesel engines driving the rear wheels, the aluminium-intensive XE is the most fuel-efficient Jaguar yet, with CO2 emissions from just 99g/km. The new XE will feature two versions of the 2.0-litre Ingenium diesel. The first, rated at 163PS/380Nm, delivers benchmark efficiency figures of 75mpg and 99g/km CO2 without any compromise to launch performance or mid-range acceleration. The 180PS/430Nm variant has one of the highest torque outputs in the class.

The Ingenium range is produced at JLR’s £500 million, 100,000m2 Engine Manufacturing Centre in the West Midlands.

The rise and fall of the Internal Combustion Engine?

Internal combustion engines will remain for decades in hybrid vehicles, so how do companies improve efficiency