Near-infrared technology from MIT pinpoints fluorescent probes within living tissue, at a depth approaching that of CT and MRI but at a higher resolution and could be used to detect cancer earlier.

Many types of cancer could be more easily treated if they were detected at an earlier stage. Researchers from the Massachusetts Institute of Technology (MIT) have developed an imaging system, ‘DOLPHIN’, which stands for ‘Detection of Optically Luminescent Probes using Hyperspectral and diffuse Imaging in Near-infrared’, that could enable them to find tiny tumours (as small as a couple of hundred cells) deep within the body.

In their study, the researchers used DOLPHIN, which relies on near-infrared light, to track a 0.1mm fluorescent probe through the digestive tract of a living mouse. They claim that they can detect a signal to a tissue depth of 8cm, deeper than any existing biomedical optical imaging technique.

The team hopes to adapt its imaging technology for early diagnosis of ovarian and other cancers that are currently difficult to detect until late stages.

“We want to be able to find cancer much earlier,” says Angela Belcher, Professor of biological engineering and materials science at MIT, and head of the Department of Biological Engineering. “Our goal is to find tiny tumours and do so in a non-invasive way.” 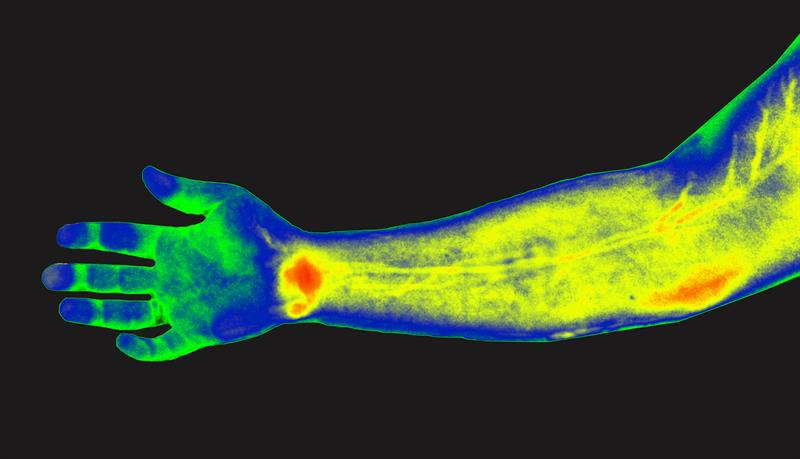 MIT researchers have devised a way to simultaneously image in multiple wavelengths of near-infrared light, allowing them to determine the depth of particles emitting different wavelengths. This research could one day be used to detect cancer earlier in humans.

Existing methods for imaging tumours all have limitations that prevent them from being useful for early cancer diagnosis. Most have a trade-off between resolution and depth of imaging, and none of the optical imaging techniques can image deeper than about 3cm into tissue. Commonly used scans such as X-ray computed tomography (CT) and magnetic resonance imaging (MRI) can image through the whole body; however, they can’t reliably identify tumours until they reach about 1cm in size.

Prof. Belcher’s lab set out to develop new optical methods for cancer imaging several years ago, when they joined the Koch Institute for Integrative Cancer Research. They wanted to develop technology that could image very small groups of cells deep within tissue and do so without any kind of radioactive labelling.

Near-infrared light, which has wavelengths from 900 to 1700 nanometres, is well-suited to tissue imaging because light with longer wavelengths doesn’t scatter as much when it strikes objects, which allows the light to penetrate deeper into the tissue. To take advantage of this, the researchers used an approach known as hyperspectral imaging, which enables simultaneous imaging in multiple wavelengths of light.

The researchers tested their system with a variety of near-infrared fluorescent light-emitting probes, mainly sodium yttrium fluoride nanoparticles that have rare earth elements such as erbium, holmium, or praseodymium added through a process called doping. Depending on the choice of the doping element, each of these particles emits near-infrared fluorescent light of different wavelengths.

Using algorithms that they developed, the scientists can analyse the data from the hyperspectral scan to identify the sources of fluorescent light of different wavelengths, which allows them to determine the location of a particular probe. By further analysing light from narrower wavelength bands within the entire near-IR spectrum, they can also determine the depth at which a probe is located.

To demonstrate the potential usefulness of the DOLPHIN system, the team tracked a 0.1mm-sized cluster of fluorescent nanoparticles that was swallowed and then travelled through the digestive tract of a living mouse. These probes could be modified so that they target and fluorescently label specific cancer cells. 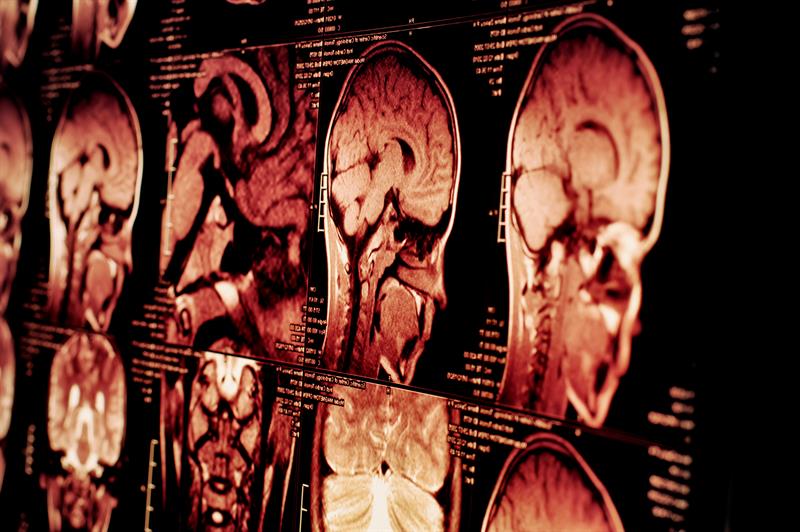 Neelkanth Bardhan, a Mazumdar-Shaw International Oncology Fellow, and lead author of the study, says: “In terms of practical applications, this technique would allow us to non-invasively track a 0.1mm-sized fluorescently-labelled tumour, which is a cluster of about a few hundred cells. To our knowledge, no one has been able to do this previously using optical imaging techniques.”

The researchers also demonstrated that they could inject fluorescent particles into the body of a mouse or a rat and then image through the entire animal, which requires imaging to a depth of about 4cm, to determine where the particles ended up. And in tests with human tissue-mimics and animal tissue, they were able to locate the probes to a depth of up to 8cm, depending on the type of tissue.

This kind of system could be used with any fluorescent probe that emits light in the near-infrared spectrum, including some that are already FDA-approved, the MIT researchers say. They are also working on adapting the imaging system so that it could reveal intrinsic differences in tissue contrast, including signatures of tumour cells, without any kind of fluorescent label.

In ongoing work, the team is using a related version of this imaging system to try to detect ovarian tumours at an early stage. Ovarian cancer is usually diagnosed very late because there is no easy way to detect it when the tumours are still small.

“Ovarian cancer is a terrible disease, and it gets diagnosed so late because the symptoms are so nondescript,” Prof Belcher says. “We want a way to follow recurrence of the tumours, and eventually a way to find and follow early tumours when they first go down the path to cancer or metastasis. This is one of the first steps along the way in terms of developing this technology.”

Prof Belcher’s team has also begun working on adapting this type of imaging to detect other types of cancer such as pancreatic cancer, brain cancer, and melanoma.