<b>The moon continues to fascinate and the biggest ‘lunar competition’ is entering its business end. Tim Fryer reports on some of the design challenges one of the teams has faced.</b>

The Google Lunar Xprize is offering a first prize of $20 million to the first team to land a robot safely on the moon, from where it must travel 500m and send good quality pictures back for us earthlings to enjoy.

One key stipulation is that these teams must be privately funded, no more than 10% coming from Government sources, and 18 teams from all around the world have registered and are still in the running to challenge for the prizes. Several of the teams are from Europe but sadly there is not one from the UK. There are several other prizes beyond the first prize to compete for, it is not winner takes all, and the total prize fund is $30m. 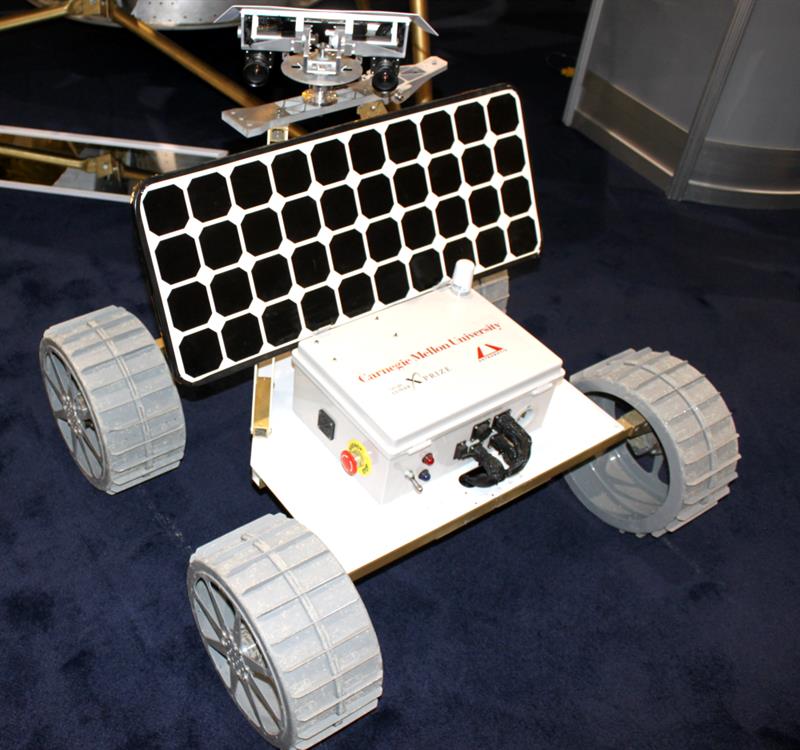 And the clock is ticking. To qualify for the award the successful expedition needs to be completed by 31st December 2016 – not far away in terms of space developments.

Putting a robot on the moon is no mean feat and comes at considerable expense, so the competition, rather than being a means to an end in its own right, is more a stimulus for companies' looking to capture their portion of what 'the eighth continent' has to offer.


One such contender is Astrobotic, a company that was spun out of the Carnegie Mellon University Robotics Institute in 2008 with the intention of competing for the Google Xprize. Beyond that it has the stated aim of 'Pioneering affordable planetary access that promises to spark a new era of exploration, science, tourism, resource utilisation, and mining.'

This company has already given a signal of its intent by winning a Google Milestone Award in all three categories – Landing, Mobility and Imaging – the only company to do so. These Milestone prizes, which were worth $1m, $0.5m and $0.25m respectively, were decided by a panel of judges who looked at what stage the teams were at when it came to overcoming the key technical challenges.

The idea is to offer space on the mission to payloads other than its own lander. The payload for these 'passengers' is set at 270kg out of a total payload of 800kg, a figure determined by the launch vehicle, a Falcon 9 rocket. This 200ft rocket has a million pound thrust force and will take off from Florida at the end of 2016, launching the Astrobotic lander towards the moon.

It will, for this first journey, be a one way mission. The only thing returning to earth will be the data collected. "And the data is super important," said John Thornton, CEO of Astrobtics. "The way to think about this is the traditional space agencies, for example, like the US or the Soviet Union or the European Space Agency, if they wanted to do a surface mission exploration mission they will pull the science community, get the best science out of the entire community and then spend upwards of $300 million getting up there. With this capability you can send small payloads to the surface of the moon for single digit millions or even half a million dollars per pound. 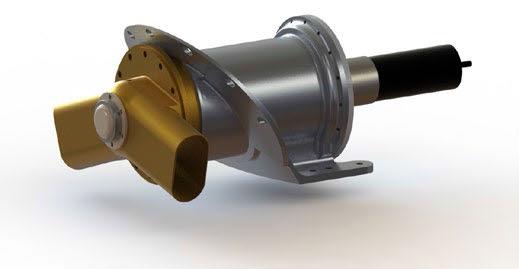 "So what that allows you to do is every single science outfit in the world can have a small part of this mission. It's basically splitting up a large mission almost into timeshares."


Designing a landing platform and a robotic rover destined for the moon are clearly considerable challenges. Both of these are being designed in SolidWorks, but by different teams. The Rover is being designed principally by a team from Carnegie Mellon while the Lander is being designed by Astrobotics. The Rover is attached to the bottom of the lander by bolts that explode when heated up, this releases the Rover that drops to the ground before taking its 500m (minimum) journey.


Joan Yule is a mechanical engineer with the Lander team and her area of responsibility is propulsion, guidance and control. Being fired at the moon is not completely accurate, said Yule. "The reason that we have propulsion is so we can make corrections and burns to get captured by the lunar orbit and then do a powered descent down onto the surface.


"We are actually getting a lot of help from NASA through a Space Act Agreement," he added. "But we do a lot of the simulation work in-house on our own. We use software that's already been developed and also we have people who are developing simulations on their own – simulations for trajectory analysis, for environmental analysis, thermal analysis, structure analysis, all sorts of things." 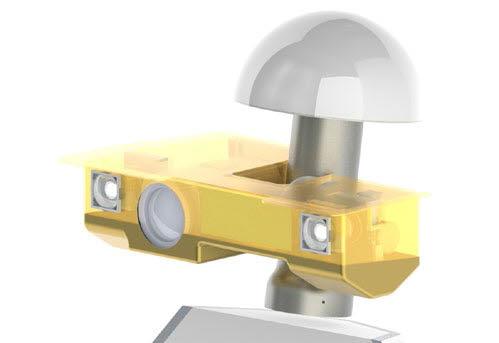 But the biggest challenge, according to Yule, surrounds the physical testing. "Mimicking the environment that we're going to be seeing has been the hardest part. From a lower orbit all the way to the moon the environment changes quite a bit, so mimicking that on earth is very challenging, but we have found ways using thermal and vacuum chambers. Physical testing is crucial, it calibrates our simulations. We still do simulation on everything but the more tests you can run, the more calibration points you can get for your simulation, so you know that the simulation is accurate."

Another big issue is materials said Thornton: "Materials are very challenging in space. One of the biggest challenges is the vacuum environment, so there's a phenomenon called outgassing that happens very quickly in space because there's no atmosphere holding the molecules together. Rubbers and a lot of plastics don't work in space, and a lot of paints, so you have to fundamentally change your building materials to go there. Mainly we use metals, a very small number of plastics and there's some resins that can work.

"Our goal is to increase access, make the moon more accessible," concluded Thornton. "We're the enabler; in the gold rush you could liken us to the people that are making the Conestoga wagons and the tools to go and explore. That's what we view our role of the lunar exploration development as."

Steam power for the wet set

Engineered for the North East - the MENE Show!

Designing for the ageing population