So-called ‘wonder materials’ do not come along very often. Maybe every few decades a new one hits the market and is hailed as the answer to engineers’ prayers. From plastics to carbon fibre, composites and nanocomposites, the pattern is usually the same: a huge fanfare leading to unrealistic expectations that are invariably disappointed, causing cynical disillusionment to set in. Then everything settles down and, many years (even decades) later, the first applications start to emerge and the material is gradually absorbed into the mainstream.

Graphene’s entry into the public consciousness certainly conformed to the first parts of this pattern. Back in 2004 when it was first isolated at Manchester University by Konstantin Novoselov and Andre Geim (a process famously involving the distinctly low-tech use of sticky tape and pencil graphite), the possibilities of the resulting material were universally hailed… with good reason.

Graphite’s credentials are seriously impressive. It is many times stronger than steel, yet incredibly lightweight and flexible. It is electrically and thermally conductive, but also transparent. It is also the world’s first 2D material and is one million times smaller than the diameter of a single human hair.

The potential for graphene, then, is not in dispute. However, as with all such materials and technologies, there can be an awfully big gap between potential and actuality. As James Baker, CEO of Graphene@Manchester puts it: “Anyone who’s interested in new products or applications can take carbon fibre as a case study. It can take years or even decades to move from that discovery through to products and applications reaching the market place.”

However, Graphene@Manchester exists to ensure that does not prove the case with graphene. It is an umbrella organisation for the University of Manchester and its graphene activities. Says Baker: “From an industrial perspective, it’s a one-stop shop: from teaching and training, undergrad and post-grad through to PhD and then to knowledge transfer.”

A major new part in this particular jigsaw has been filled in with the opening at the end of last year of the Graphene Engineering Innovation Centre (GEIC) in the Maslar Building on Manchester University’s campus. 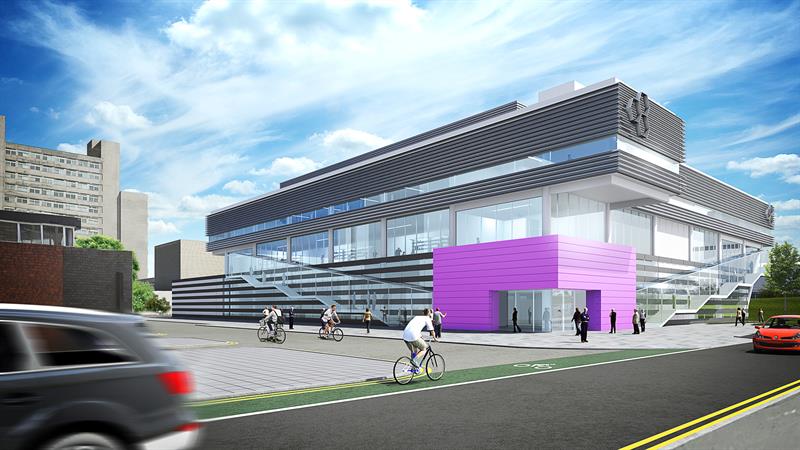 The £60m GEIC (inevitably pronounced ‘geek’) is designed to commercialise graphene by working with industry to explore how the material can be used in their products, provide independent testing and demonstrate how graphene is better than the current alternative. Combined with the research power of the National Graphene Institute, also based in the city, Manchester has unrivalled expertise that is being leveraged in order to realise the material’s potential.

“Graphene is truly international,” says Baker. “It’s being studied at most – if not all – universities around the world. However, here at Manchester we have more than 300 academics now working across a number of research groups. That has driven a significant number of publications and citations. In addition, it has started that journey of collaboration with industry and so far, we have over 100 industrial partners.” 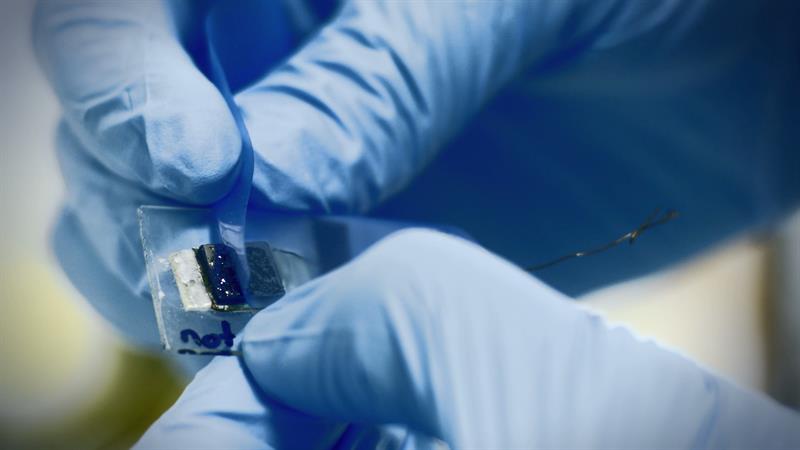 For all its academic credentials, however, it is these industrial partners that represent the hopes for the GEIC’s success. This is because the core idea behind the facility’s existence is to bridge the so-called ‘Valley of Death’ that exists between the academic world’s capacity to initially develop a technology and the adoption and successful exploitation of that technology by industry.

According to Baker: “The challenge is that TRLs (Technology Readiness Levels) 1-5 can sit quite comfortably in a university, but industry operates at a much higher level – generally 6/7-9 – so we come to what we traditionally call the ‘Valley Of Death’ and we have to ask how we can transition things from the lab into products and applications in the marketplace.

Says Baker: “That gap is risk as far as companies are concerned. Risks to funding, timescale, risk of committing to something where you don’t know whether you can upscale it. That risk means people wait and let other competitors take advantage. Unfortunately, the UK has a reputation – some of it well-founded – for doing great invention over here and letting other countries come along, take that invention and create the products and supply chains. Part of our strategy is to find a business model that makes it more attractive for industry to engage here in the UK and retain activity and engagement.”

He continues: “What we’re trying to do is ground everything we do in the academic excellence of physics, chemistry, materials science and biochemistry to ensure that this technology moves from the lab to the marketplace through a model of collaboration. So, we’re still a university and driven by what universities do. We’re wholly-owned by the University of Manchester and we have the National Graphene Institute.” 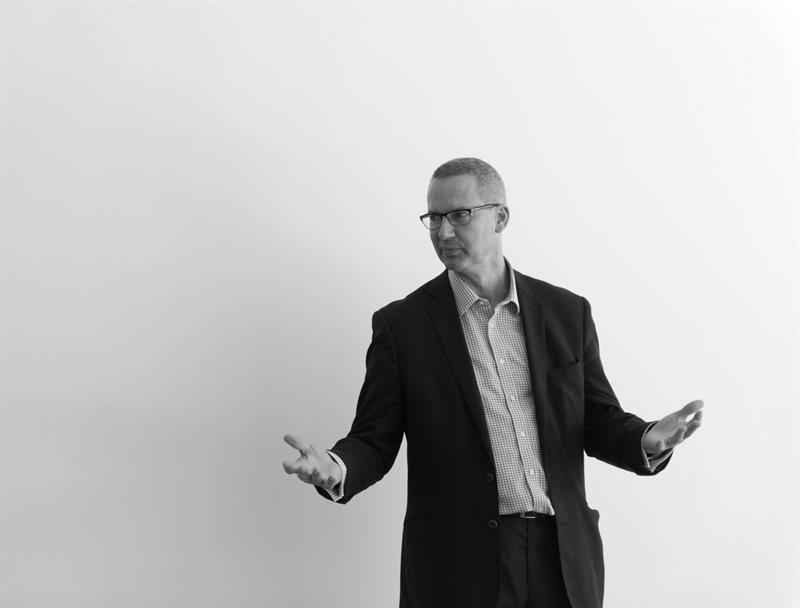 The GEIC, however, has been built much more around industrial pull and a much more rapid and agile way of engaging with large, small and start-up businesses.

So, what is the best way of avoiding the valley of death? According to Baker, it boils down to the creation of effective supply chains. He says: “Academics and universities are great at what they do, but often, if you look at graphene they can make it by the gram or perhaps by the several grams, but along comes industry wanting to add graphene to its car programme and there’s a big gap between making a gram of material and making a kilogram or tens of kilograms or even tonnes.

“So, for me, what we need to bring together is the best of academic know-how, the significant investment in infrastructure and equipment and a partnership alongside industry to bring the engineering, manufacturing, the commercial and the route to market. In essence, forming that complete supply chain.”

Another significant building block for success lies in reducing the time taken to move technology from the theoretical to the actual. “We’ve also got to address turnaround,” says Baker. “If it takes us three years to take a piece of research from one TRL to the next, our weakest link is that we move along in three-year cycles, which means it can take us many years to move from discovery through to production. So, we have to find a means of disrupting this business model so we’re not waiting 6, 12 or 18 months before we have the results of an experiment.”

While acknowledging that the GEIC was conceived to fill the valley of death between mid TRL and industry, Baker clarifies that its future is not to act as a graphene supplier. Instead, its role is to support the whole graphene supply chain, helping to bring suppliers and potential end users together and supporting them with equipment, academic and industrial expertise. From these suppliers, Baker says: “You can buy graphene today at a quality and a quantity to meet industrial requirements.”

This model is unashamedly based (Baker uses the phrase “stolen with pride”) on the model of the UK’s Catapult Centres, which are designed to bring together businesses with academic and research expertise.

The good news, of course, is that applications are beginning to appear in considerable numbers and at an increasingly high-profile. Perhaps the most significant of these to have been announced recently is that Ford has become the first automaker to use graphene parts in its vehicles, starting with the Mustang and F-150.

Ford acknowledges the difficulties of graphene manufacturing and use, but in partnership with Eagle Industries and XG Sciences, it has determined a way to make use of graphene reinforcement in certain components to strengthen and lighten them, as well as reduce noise. Since 2014, Ford and its partners have trialled graphene-reinforced foam covers for noisy components such as the fuel rail, pumps, and belt-driven pulleys or chain-driven gears on the front of engines. The resulting parts are 17% quieter, 20% stronger, and 30% more heat-resistant.

Baker sees these multi-layered benefits as one of the key factors that will encourage adoption of graphene in the future. “Why are they putting graphene in the engine bay?” he says. “They can take out weight, make it more energy efficient and they also can make it less noisy.

“Crucially, it’s producing double-digit benefits in more than one area… it’s producing less noise, better thermal management and less weight. One of the exciting parts of graphene and 2D materials is the ability to disrupt existing markets. So, you may get single-figure improvement in one area, but by doing that system integration, there’s opportunity for double-digit benefits in your chosen market.” 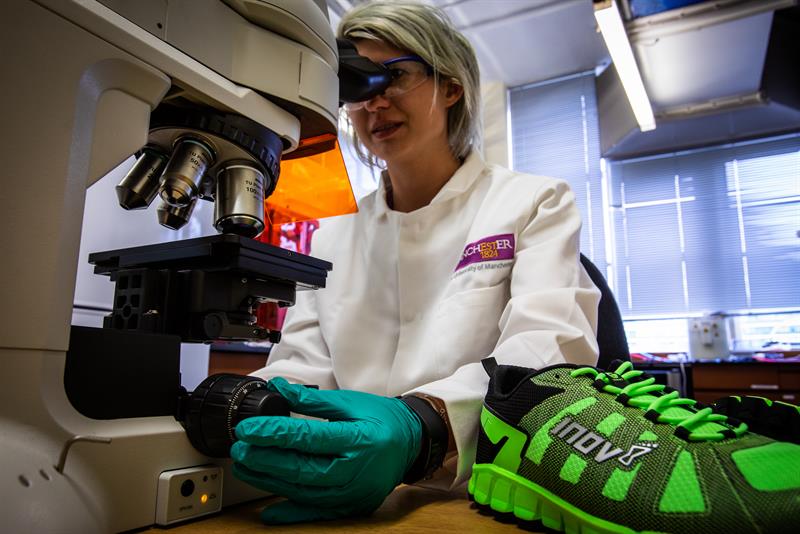 Another fascinating application closer to home can be seen in the sports footwear developed by inov-8, a Cumbrian-based company specialising in shoes for mountain or (as it’s properly known) fell running. As might be imagined, such an application makes enormous demands of shoes in terms of grip and endurance. Traditionally, this meant the soles of the shoes had to be made of a softer, stickier rubber than would be used on normal training shoes, as this provided the necessary grip and allowed the runner to ‘feel’ the surface more effectively.

The downside of this material, however, is that being softer it wore away quickly, meaning runners were faced with the prospect of either buying new shoes on a regular basis or wearing inappropriate footwear that could potentially lead to injury.

It was with this in mind that the company approached graphene experts at The University of Manchester, the brand has been able to infuse the wonder-material into rubber. They have developed rubber outsoles for running and fitness shoes that, in testing, have outlasted 1,000 miles and are scientifically proven to be 50% harder wearing. 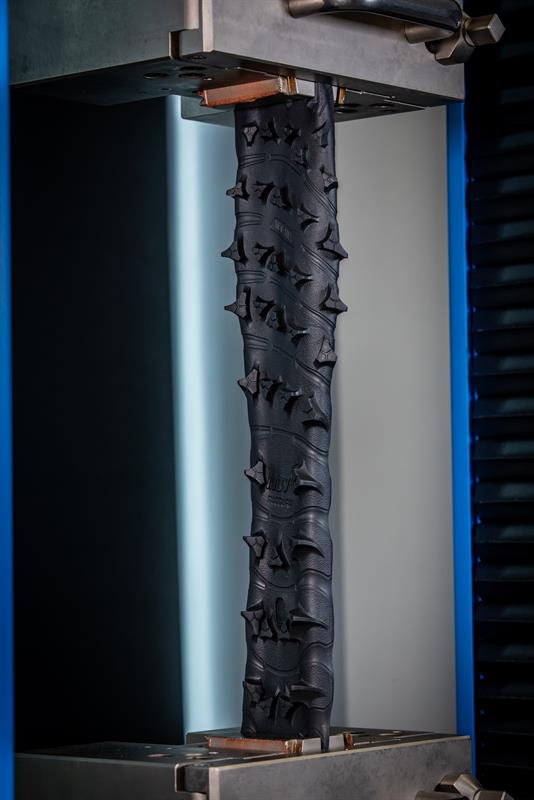 The process for manufacturing the soles has been patented and the inov-8 G-Series has been warmly received, with a waiting list already in place for the latest range. In 2019, they will be joined by a hiking boot range employing graphene.

According to Lee Procter of inov-8: “Prior to this innovation, off-road runners and fitness athletes had to choose between a sticky rubber that works well in wet or sweaty conditions but wears down quicker, and a harder rubber that is more durable but not quite as grippy.

“Through intensive research, hundreds of prototypes, and thousands of hours of testing in both the field and laboratory, athletes now no longer need to compromise.”

By using graphene in high-profile applications such as these, it is hoped that other potential users who might otherwise have perceived graphene as too ‘blue-sky’ for them to use will have their minds changed. James Baker says: “I think graphene is reaching the inflection point or tipping point in terms of its adoption. You’ve seen the press about the running shoes and Ford has recently announced its adoption in the new Mustang and its pickup truck.”

In terms of where the future lies both for the GEIC and graphene itself, Baker believes unequivocally that there remains an awful lot more development to come for the material as well as the market. “We’re starting to use the term ‘graphenes’,” he says, “as that represents the fact that not only are there many different forms of graphene, but there are in fact many different types of ‘2D materials’ following on from the discovery of graphene. Potentially, there are as many as 5,000 such materials that can be isolated. If you think about stacking those together with other 2D materials in a heterostructure, you can end up with an entire family of 2D materials.”

What seems increasingly clear is that the GEIC – alongside the National Graphene Centre and all the other resources devoted to this technology – represents a new approach to developing an ecosystem for its use and development in the UK. However, Baker emphasises that these are still early days for the technology, saying: “It’s come a long way in a short period. Having only been isolated in 2004, graphene is still a teenager.”

The potential of graphene for the composite market