It’s been a theme for some time; large CAD providers offering add-on simulation packages. From the get-go, no one was pretending these were anything more than what might be deemed a ‘Lite’ package. They are nimble, quick, useful, and useable tools to help designers along the way, to give them confidence about decisions and the direction of a project.

However, at their core, CAD models are driven by geometry. Beyond basic properties, there is little intelligence in models. Any physical interactions from the surrounding environment are assessed and guessimated largely in the head of the engineer, probably based on previous experience and intuition. So, while add-on simulation packages might be useful in some places, they fall well short of offering anything bona fide.

It’s not until later, when an expert can get their hands on the model, and goes through the rigours of making it suitable for meshing, that a real multi-physics simulation happens. That will give a real sense of the amount of confidence you should place in the performance and functionality of a given product or system. It’s here that an engineer’s earlier instincts are truly tested.

Design, in many cases, has become highly complex, systemic and multi-physical. And that brings about the challenge of getting the right balance between the various physical ingredients such as thermal loads, structural loads and fluid flow during the initial stages of conceptual design. 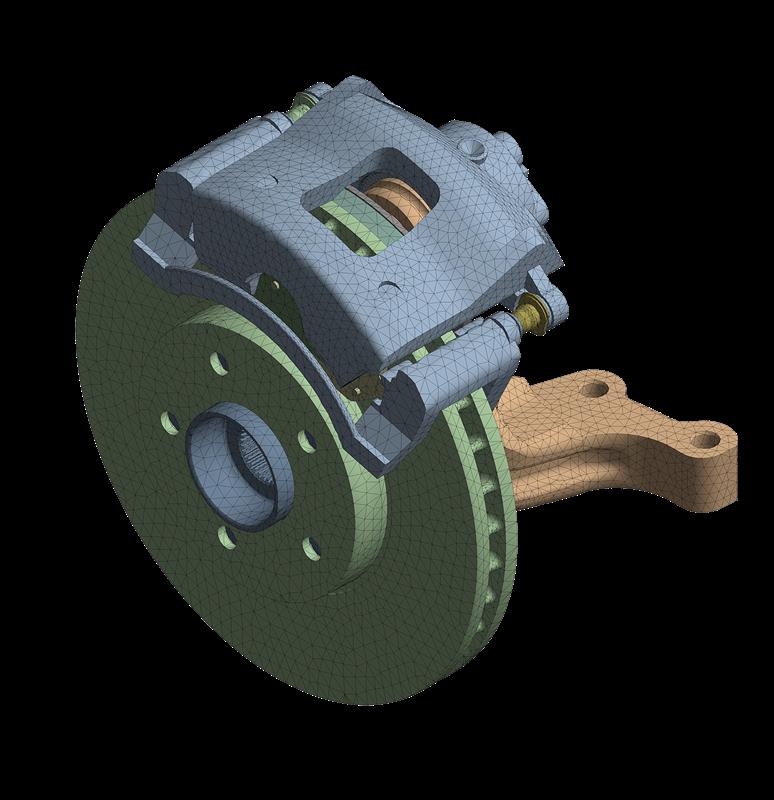 The difficulty is, a small change in one area can have a huge, and non-intuitive, effect on another seemingly unrelated component. Rarely do things come more complex than the design of a Formula One car. Here systemic multi-physical design sits at the very core of the products success. Parts simply cannot be designed in isolation, and cannot ignore the multi-physical environment in which they compete.

During races internal stresses cause deformation and flexure of parts, this affects airflow and aerodynamics, that might then effect cooling and change thermal loads... it’s complex, ever changing, and needs capable simulation at its heart from the early stages to understand the challenges to optimise design.

“The car is very integrated nowadays,” said Nathan Sykes, head of numerical tools and technologies at Red Bull Technology. “In the 80s, you were able to develop a front wing, the body work, rear wing, and diffuser separately, where as now you can’t develop one without affecting all the other areas. It is an integrated solution and very complex.”

The problem has been that multi-physics simulation platforms have, historically, been difficult to use. It’s meant that perhaps one in twenty engineers might use this type of simulation package, usually a specialist in a particular area.

The joke has always been that you need a PhD to use multi-physics simulation, making the tool far removed for the needs of the generalist design engineer. It has been something used after detailed design has been completed and before physical testing begins. It has been an analysis tool, not a design tool.

That view, however, is fast becoming dated according Richard Clegg, director of software development at multi-physics engineering analysis software firm, ANSYS. He said: “Ten years ago we had one in twenty using simulation, today it is one in six. Our customers want all their engineers to use simulation in some way or another in the not too distant future so they can be more innovative and do things faster. You can’t develop products today based on knowledge of one physical principle, we need to couple them together.”

As a result the company has developed ANSYS AIM. The program places the company’s powerful simulation solver software within a much more intuitive and accessible user interface. It claims to be the first to bring to market such a powerful yet useable tool, which is able to guide engineers through multi-physics workflows, while automating tedious tasks.

“It is simulation for every engineer,” claimed Clegg. “In a single window you’ve got geometry creation and 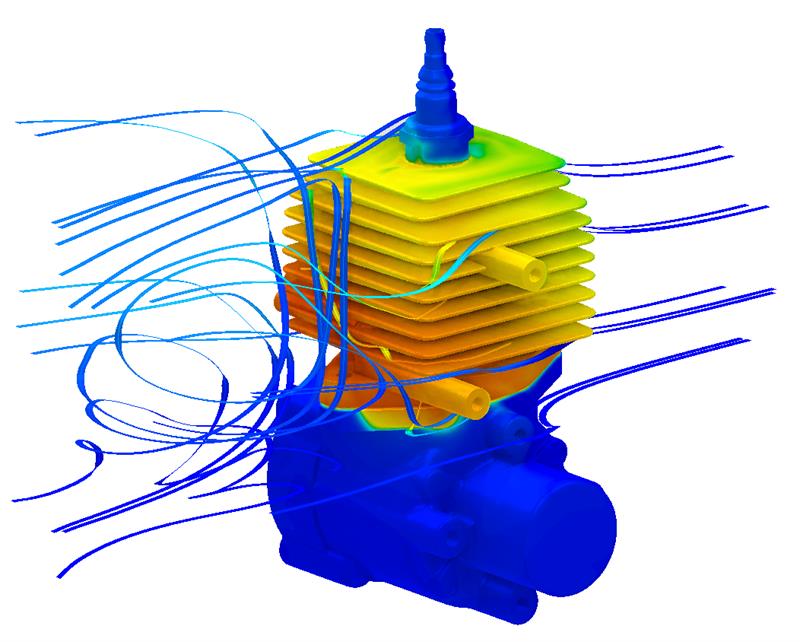 “Engineers want to use simulation earlier in the design process, and want to use it to optimise designs. We really need make simulation as easy to use, and as fast, as possible. The goal of AIM is to democratise simulation and let more engineers get access to it early in the design cycle, as well as allowing various specialists to talk together, share the same model, same geometry and even mesh, to understand what each other are doing.”

ANSYS want to change how simulation is seen, from being a numerical tool to becoming more of a design and engineering tool. While the powerful numerical heritage is there in its advanced solver technology, this is more hidden away and the focus is on user experience that concentrates on the engineering problem at hand.

“Aim is not a new platform,” said Clegg, “it is the next evolution.”

ANSYS acquired CAD modelling firm SpaceClaim several years ago that is, by all accounts, a decent modelling program. Perhaps it is not quite on par with the likes of Autodesk or the other larger CAD companies, but it is leaps ahead of being a ‘Lite’ version, in the same way those companies are offering simulation packages.

AIM includes all the SpaceClaim modelling tools to allow geometry to be created from scratch. Critically, however, it allows easy simulation straightaway. In a world where simulation is likely to only increasingly drive design, geometry generation and editing almost become the add-on capability. It all begs the question: is AIM a design tool, a simulation tool, or both. 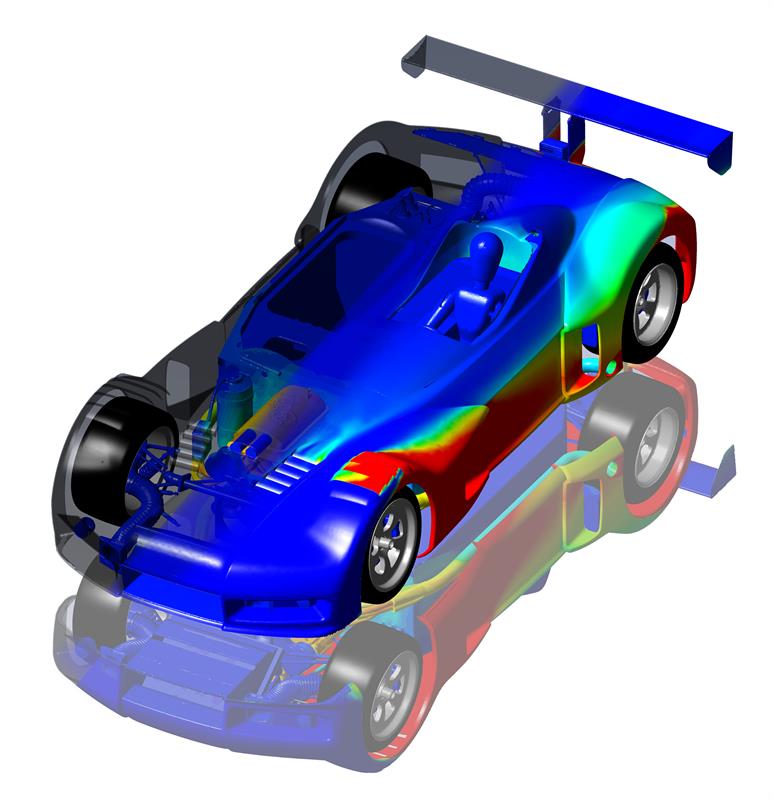 “It is still a simulation tool, but it’s a tool that should be used in the design process, and earlier in the process,” said Clegg. “We are not looking to use SpaceClaim to displace big CAD vendors. We integrate fully with them all so we’re CAD agnostic. What AIM is doing is making ANSYS solver technology accessible to engineers that might never have considered using it.”

However, Dr Maciej Ginalski, technical services manager at ANSYS UK, has stronger views when it comes to the potential simulation driven CAD has in replacing more traditional CAD systems longer term. He said: “Certainly SpaceClaim is more than capable to essentially displace such products. The product was competing, before ANSYS took it over, and it was quickly growing against big CAD focussed companies. Customers recognised it as a capable CAD tool.

ANSYS and its competitors in the same realm believe multi-physics simulation is likely to be used by every engineer by 2020, and some even go so far to claim simulations add-ons by big CAD vendors will simply not be up to the job.

Dr Ginalski continued: “If you believe that a big CAD vendor can provide you with the level of inside knowledge associated with multi-physics then perhaps try it and see. These add-ons. Even if they are easy to use, they are limited. Our product and idea of simulation is supported by the vast number of specialists that have been working in ANSYS for years and know the discipline like nobody else.”

In the shorter term, it is likely that AIM will indeed allow many more engineers to experience the power of multi-physics simulation. Going forward, however, it could well permeate in to the more general design process, being used right at the front end to drive geometry, not just analyse it.

This is where ANSYS and AIM can truly become revolutionary. While for the time being simulation is happy to sit alongside CAD models, at what point do engineers begin to wonder why they are bothering to build traditional 3D CAD models, when the real innovation, and understanding, is happening in simulation.

This is especially true as changes to a model can just as easily be applied all in one program, and one window. And that geometry will have intelligence attached to it beyond material properties, allowing the next level of highly complex systemic design and engineering. In short, simulation is likely to increasingly drive design models, and move away from build then analyse techniques we’ve become used to.

Simulation tools are no longer just for experts