The ‘electric aviation age’ has been ushered in with the inaugural test flight of world’s first fully electric commercial aircraft, taking off on the morning of 11 December 2019 from the Canadian city of Vancouver and flying for 15 minutes.

The e-plane is a collaboration between Seattle engineering firm, magniX, that designed the plane’s motor, and Vancouver charter company Harbour Air, North America’s largest seaplane airline which offers air taxi services for half a million people a year between Seattle, Vancouver, Whistler ski resort and nearby islands and coastal communities.

“Today, we made history,” says Greg McDougall, CEO and founder of Harbour Air Seaplanes. “I am incredibly proud of Harbour Air’s leadership role in re-defining safety and innovation in the aviation and seaplane industry. Canada has long held an iconic role in the history of aviation, and to be part of this incredible world-first milestone is something we can all be really proud of.”

Roei Ganzarski, CEO of magniX, adds that the technology would mean significant cost savings for airlines and zero emissions: “The transportation industry and specifically the aviation segment – that has been, for the most part, stagnant since the late 1930s – is ripe for a massive disruption. Now we are proving that low-cost, environmentally friendly, commercial electric air travel can be a reality in the very near future.

“The partnership [between magniX and Harbour Air] is a natural fit for both companies located in the Cascadia corridor — there is already a large volume of travel in and around Seattle and Vancouver, so being able to enable travel at lower operating costs and reducing the environmental impact locally makes sense.

“This signifies the start of the electric aviation age and proves that commercial aviation in all-electric form can work.” 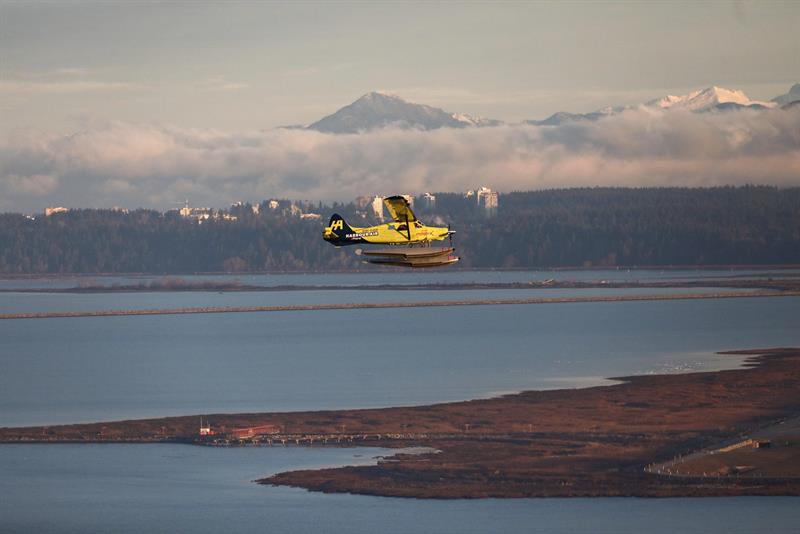 The aeroplane is a six-passenger vintage 1957 de Havilland Canada DHC-2 Beaver which has been retrofitted with magniX’s Magni500 750hp (560kW) propulsion system. Ganzarski claims this is the largest and only motor in its power class and, except of the 260kW motor that Siemens flew on a race plane, it is the only electric motor to have powered and flown a commercial aircraft. McDougall piloted the e-plane along the Fraser River near Vancouver international airport: “For me that flight was just like flying a Beaver, but it was a Beaver on electric steroids. I actually had to back off on the power,” he says.

“Our goal is to actually electrify the entire fleet,” adds McDougall.

Electric planes have so far proved to be far bigger engineering challenges than other electric vehicles like cars and trains, because the amount of power an electric plane needs for take-off and to sustain flight requires large batteries and motors that can make them difficult to fly.

Dozens of companies and startups around the world are pursuing battery-electric and hybrid prototypes. But current batteries are too heavy and too expensive. Energy density — the amount of energy stored in a given system — is the key metric, and today’s batteries don’t contain enough energy to get most planes off the ground. For comparison: jet fuel gives about 43 times more energy than a battery that’s just as heavy.

“Power to weight ratio is critical in aviation,” explains Ganzarski. “It has to have enough power to lift the aircraft while not doing so with added weight compared to regular internal combustion engines.”

This had to be achieved with the reliability and redundancy expected from aerospace grade propulsion systems. For example, the magni500 has four separately controlled and monitored 3-phase sections. “If there is a fault or failure during flight, we can detect in which section it is occurring, shut it down, and maintain 75% power and so provide the pilot with ‘graceful degradation’; vs an all-or-nothing that the internal combustion engine provides,” says Ganzarski. 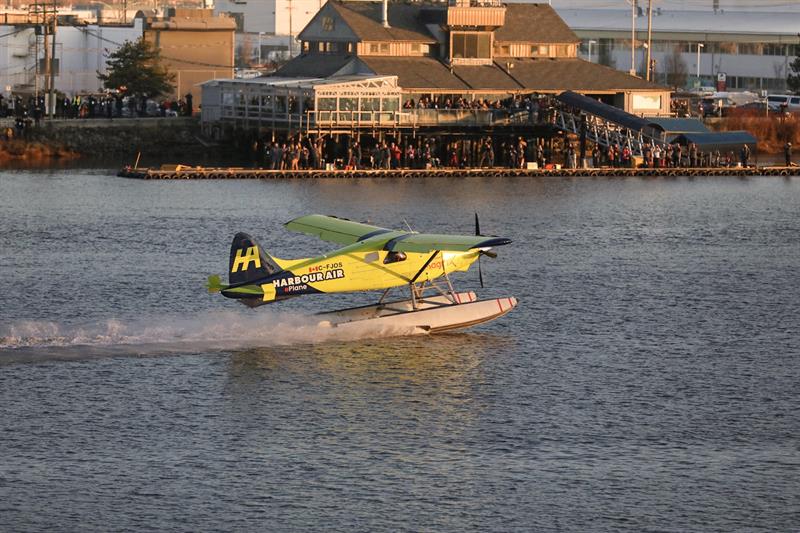 Maintaining a steady temperature for steady performance is also crucial. A proprietary liquid cooling system is used to achieve this.

The biggest challenge when designing the magni500 was that all of the above had to be achieved with a motor that could develop full torque and power turning at only 1900rpm.

“Traditional engines turn at very high speeds to create their power (10,000-20,000rpm),” Ganzarski explains. “Typically, a heavy, maintenance prone reduction gearbox would have to be installed. With our motor turning at 1900rpm, we are able to connect to the propeller directly without any gearbox, meaning much less weight.”

The Beaver is claimed to be able to fly up to 100 miles before having to be recharged so, like early electric cars, it precludes people who need to go longer distances.

“The range now is not where we’d love it to be, but it’s enough to start the revolution,” says Ganzarski, who predicts batteries and electric motors will eventually be developed to power longer flights.

While the world waits, he said cheaper short-haul flights powered by electricity could transform the way people connect and where they work: “If people are willing to drive an hour to work, why not fly 15 minutes to work?”

On top of fuel efficiency, the company would save millions in maintenance costs because electric motors require “drastically” less upkeep, McDougall says.

However, Harbour Air will have to wait at least two years before it can begin electrifying its fleet of more than 40 seaplanes.

The e-plane has to be tested further to confirm it is reliable and safe. In addition, the Magni500 electric powertrain must be approved and certified by regulators.

Advances in electric air flight are expected to eventually solve range limitations. For example, a non-commercial electric plane, Solar Impulse 2, completed a round-the-world trip between 2015 and 2016.

Hybrid-electric propulsion could help cut emissions, noise and fuel use for commercial aircraft