As the 2017 Formula One season drew to a close last month, it’s been a year of rapid development for all the teams throughout the paddock. This year’s cars were the fastest ever, with 2017 ushering in reams of new regulations. But this has meant the race to develop parts has perhaps also been the most intense ever, as teams design and manufacture in parallel in a scramble to get performance enhancing components on the cars as early as possible. It means the engineering race off-track is almost as frantic as the on-track action.

Today, if F1 cars are to be competitive, they must undergo continuous rapid development and fine tuning for the idiosyncrasies of each track and likely weather conditions. One technology therefore ideal for Formula One is 3D printing. The process is suited to small runs of precision parts made in all manor of materials and exotic shapes.

Taking it one step further, The McLaren Formula One Team now takes a 3D printer to the track for race weekends to leverage as much design and development time as possible and leave things right until the last minute, literally, to get new parts on the car. It means rather than having to courier expensive parts by hand, as is often the case, a digital file can be sent in seconds and printing can begin trackside immediately. 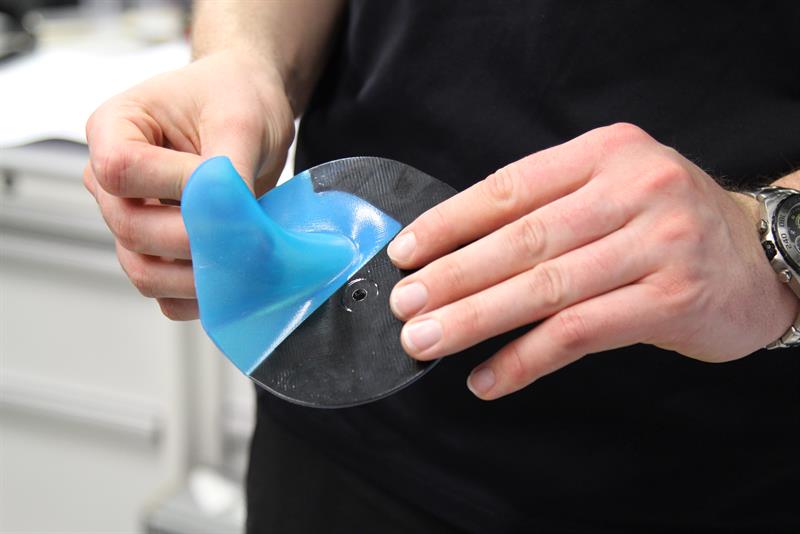 Neil Oatley, design and development director at McLaren Racing, says: “We do the design and re-design at our base in Woking and then send that to the team at the track. The main purpose of the trackside Stratasys uPrint SE Plus 3D Printer is to produce parts and tooling on demand for immediate evaluation during tests and races. This normally comprises small race-ready parts that are not highly structural but can be incorporated onto the car one or two days before the race. Crucially, this gives us the invaluable advantage of being able to fit extra pieces on the car, which we otherwise wouldn’t be able to do until the subsequent race.”

McLaren’s aerodynamicists test parts in a wind tunnel in the days leading up to a race meaning there might be things to add to the car at relatively late notice.

Prior to the race, it might not always be apparent exactly what will be required, which means it’s almost unknown what the team will need to design or redesign for the track. However, the nature of 3D printing technology affords McLaren a previously impossible level of flexibility by allowing 11th hour design, optimisation and manufacturing work to take place. 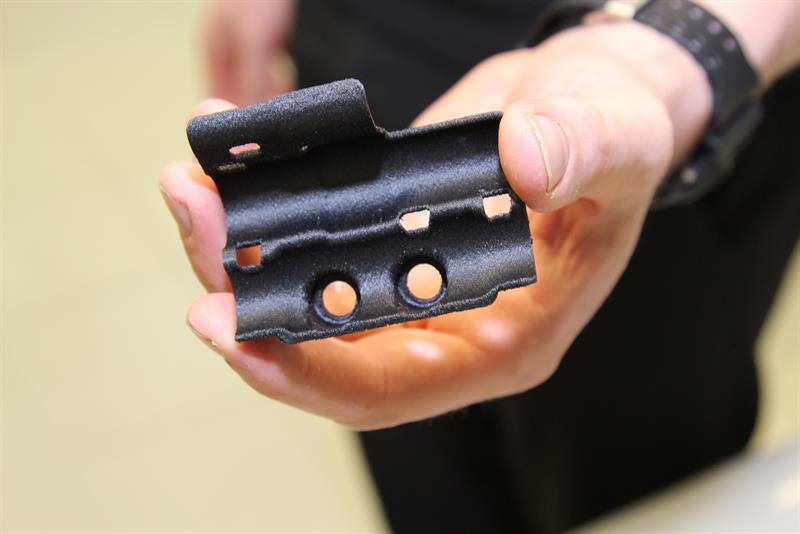 Typically, in the few days building up to the race on the Sunday, F1 regulations allow teams to make changes to the car during the Friday and Saturday morning practice sessions. Once qualifying on Saturday afternoon is completed, teams can’t touch the cars before the race. It means the last opportunity to alter components is the day before the race. But, it’s not just last minute parts that use the process, McLaren now race a number of 3D printed parts on the cars as a matter of course.

“We have 3D printed parts on the cars in the actual race, but also experiment during the days leading up to it,” says Oatley. “This might see us alter certain parts and take our learnings back to [McLaren HQ in] Woking to be incorporated into the next race.

“We might build certain parts with the objective to test them for information, the data from which can then be fed into the next design iteration. It might not be a component that we produce for the next race, the learning process of aerodynamics is very complex between what happens on the real car, in the wind tunnel and in our computer analysis, but when you combine all that, it allows us to improve things for future races.” 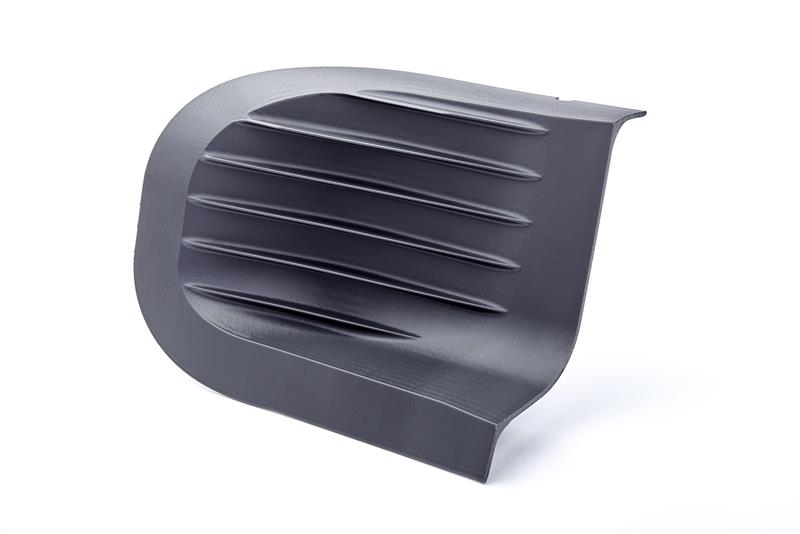 McLaren uses Stratasys 3D printing technology that enables a host of materials to be used including ABSplus and the carbon fibre reinforced nylon material, FDM Nylon 12CF to print various parts at its Woking base. For the trackside printer, the team uses the ABSplusmaterial running through a printer, which allows it to make small modifications to the front or rear wings and areas of bodywork.

“For parts made at the factory, we are using Nylon 12CF, which is stiffer and stronger,” says Oatley. “We use this material to create a structural bracket to attach the hydraulic line on this season’s car. The bracket was produced in just four hours compared to an estimated two weeks using traditional manufacturing processes.

“We’re also testing flexible seals using Stratasys’ rubber-like TangoBlack material for other applications on the car. The incremental gains we make from these parts, collectively make a big difference over the course of a season.”

As well as the trackside printing capability, McLaren is benefiting from using 3D printing in other areas such as tooling and injection mould tool creation, which improves overall production efficiencies by shortening manufacturing times and enabling the team to react more quickly to changing circumstances.

In the coming seasons, it’s likely that 3D printers will become much more prevalent at the track as teams try to increasingly develop and hone cars for race weekends.

“We’re pushing Stratasys to make more structural materials that we can use in a wider variety of places, either because of the loads they can support or the temperatures they can withstand,” says Oatley. “Indeed, there’ll be some parts where the complexity is such that it’s physically impossible to make by traditional methods and 3D printing is the only answer.”

Rapid route to the race track

How does wider industry benefit from its relationship with F1 teams?