The automotive industry is pushing the move to electrified powertrains in passenger cars, as we slowly attempt to wean ourselves off fossil fuels. That has meant the number of hybrid, plug-in hybrid and fully electric vehicles on our roads has increased dramatically in recent years. Pushed by firms such as Tesla, Nissan and BMW, the numbers will only grow larger.

But as more electrified vehicles hit our roads, the number and type of challenges faced by engineers developing them grow too. Most significantly is how to integrate different components to make design, development and production simpler and more efficient?

At present, most of an electrified vehicle’s powertrain and drivetrain are separate entities – electric motors, transmission, power electronics and battery – packaged much like a conventional combustion engine vehicle. But that isn’t necessarily going to remain true, especially as electrified vehicle-specific platforms are developed. Rather than trying to crowbar systems into current vehicle architectures, many firms are looking to bring the transmission, motor and power electronics together into a single unit. The aim is to make them easier to develop, package and integrate into vehicles.

GKN’s vice-president of advanced engineering, Theo Gassman explains: “Demand for integrated systems is coming and it is easy to see why. Trying to package individual electrified driveline elements into a production car is complex and time-consuming. With an integrated system, there is just one unit to be installed under the car, and the assembly requires little more than connecting it to the battery and cooling circuit. This greatly simplifies and speeds up the production line process.”

But the move to integrating transmission technology with motors and power electronics will require a cultural shift in development.

“With most electrified powertrains, dedicated teams work separately on the motor, power electronics, software and transmission. The components are designed independently, then bolted together, connected with plugs, cables and harnesses, before going through testing and calibration. With this approach, the individual teams do not have a great deal of involvement with each other,” says Gassman. 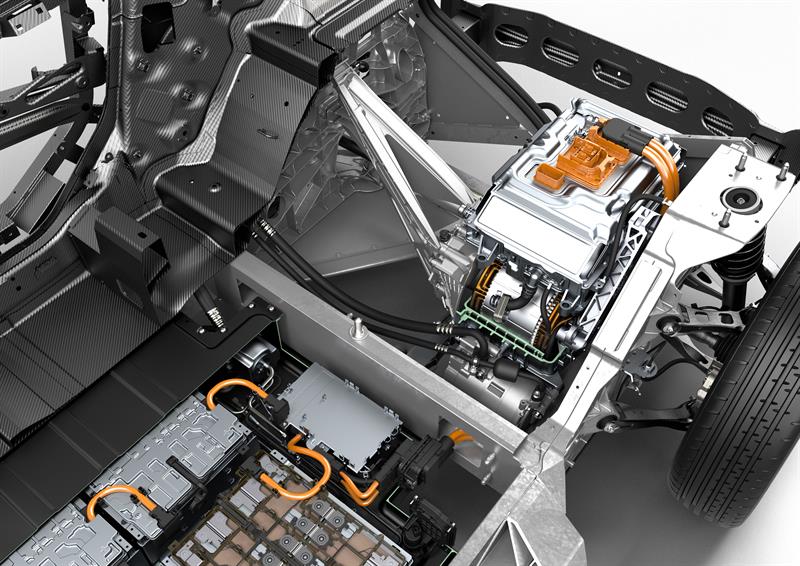 Integrated systems will bring all of these teams together. But the move to integrated transmission, motor and power electronics modules isn’t just about development culture, individual components will also have to be redesigned completely. The one saving grace is that the fundamental principles of the core technologies can at least remain the same.

ZF’s head of product management for electric axle drives, Michael Wetzel says: “An integrated system is very complex, so you need to invest significantly in more engineering work than for separate components. There are parts you can carry over easily, however there aren’t too many of them, most of the work has to be re-done, most of the components have to be adjusted.”

It’s a point echoed by Simon Shepherd, head of control and electronic systems at engineering consultancy Drive System Design. He says: “The core technology doesn’t need to change too much, however, carrying across the same base components, for example motor rotor and stator, may fail to release the whole system’s potential.”

To access the potential of integrated transmission, motor and power electronics units, engineers could choose to increase the ratio in the gearbox allowing the motor to be smaller – thereby improving packaging.

Another target is removing the water cooling jacket from the motor and using the transmission oil to cool the motor to further reduce the overall system size and cost. Development of integrated systems could also mean the introduction of new technologies such as high temperature power electronics.

There are other challenges too, particularly environmental factors, whether it is differing needs of components in relation to temperature or the fact that systems could be exposed to large shocks, dirt and dust.

“Each component area is very different in terms of cooling mechanisms and limiting temperatures,” says Sheperd. “For this reason, mechanical and thermal system integration is a primary opportunity.”

The word ‘opportunity’ is often used as a euphemism for an area that poses a problem, and GKN’s Gassman is a 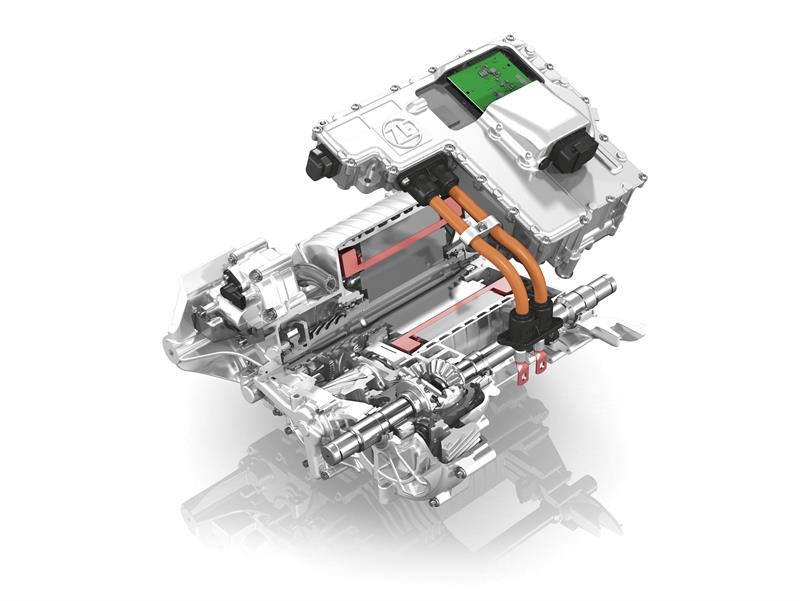 little more explicit. He says: “By rehousing the power electronics within an electronic axle, and locating this unit much lower in the vehicle, we effectively work against conventional best practice.”

A power electronic module is usually a unit that vehicle manufacturers would want to house in or around the luggage area at the back of the car, helping to keep the component away from the potential ingress of dust, dirt and water. At the same time keeping it away from the underside of the vehicle also helps to reduce the levels of vibration and shock that are transmitted to it. But that changes with an integrated approach when it is mated to the transmission and electric motor. This perhaps forms another opportunity for engineers.

Gassman explains: “The biggest challenge is managing the interaction and interface between all the components. With transmission technologies, GKN is used to considerations about durability, noise, vibration and harshness around bearings. When you add in motors, you add new materials and components to the mix – such as magnets, high voltage cables, connectors and sensors – that bring new challenges.”

But add power electronics to the mix and it also begins to feed into the manufacturing processes for integrated systems.

“Adding power electronics on top of that triggers considerations about the production and protection of sensitive components,” says Gassman. “For example, this could be issues of cleanroom assembly, which goes far beyond what many automotive manufacturers and suppliers are used to.”

For all the challenges, the benefits are clear; integrated transmission, motor and power electronics would allow for the elimination of interface components, connector systems, separate cooling circuits and sealing. It would also enable smaller, lighter packages, that are more efficient and cost effective.

Finally, integrated systems are scaleable, and lend themselves to a plug and play approach, which means no matter what size vehicle you’re producing they can be developed for a platform and easily slotted in. How quickly car manufacturers adopt integrated transmission, motor and power electronic systems will be the litmus test of how beneficial they really are.

As vehicles become more reliant on software, the amount of code needed to run them is challenging OEMs and suppliers alike