For electric vehicles to begin to have a real impact, technologists must first solve the problems of power density

The humble lithium-ion battery has become so ingrained in our daily lives that we rarely think about the freedom it gives us. From the smartphones we all carry in our pockets to the computer I’m using to write this article, they’re all powered by cells that have been developed for consumer products since the 1980s.

The technology allows us to go about our business while using the electronic items that we can’t live without. Now it has a new area in which it needs to succeed – automotive applications.

Not only will lithium-ion batteries power our consumer electronics goods, they will also help us travel from A to B, lessening our reliance on fossil fuels, and reducing the amount of localised emissions on our roads.

The announcement by the UK Government that it wants to ban combustion engine-only vehicles from 2040 makes lithium-ion battery usage in electric and plug-in hybrid vehicles even more important, but there are hurdles to overcome.

Lithium-ion batteries need to become lighter and cheaper if they are to succeed in automotive applications and become as universal as they are in electronic goods.

No matter what you may read about new types of battery technology, the reality is that lithium-ion will be used for at least the next two decades to power fully electric and plug-in hybrid vehicles. So, overcoming the hurdles is important.

“Looking ahead, a common goal in the R&D efforts of major OEMs is to push battery pack costs to below $150 per kilowatt hour by 2025, as this is widely believed to be the tipping point at which EVs can compete head-to-head with conventional gasoline- or diesel-powered cars,” says Tolliday.

One of the best selling electric cars on the market today is the Nissan Leaf, which uses a 30kWh battery pack, meaning even at $150/kWh the battery would still cost $4,500, so the impact of reducing costs could be huge. There are those that think the price could even drop to as low as $100/kWh.

However, while costs are falling, weight is another issue that needs to be addressed. The lighter that firms can make battery packs the more efficient vehicles will be and the further they will be able to drive on a single charge, and the better a vehicle’s ride and handling will be.

Bosch is one of the companies, along with a number of partners, that is trying to reduce the burden on electric and plug-in hybrid vehicles by reducing battery weight.

“Battery size is dependent on energy density of the cells and therefore the higher the density, the smaller the battery,” says Dr Mathias Pillin, vice-president of the electrification and gasoline systems at Bosch. “Chemistry is still one of the most important aspects of research into battery technology, and we have a joint venture with Mitsubishi and GS Yuasa for the development of next-generation lithium-ion batteries.”

Nissan’s current battery technology uses lithium-manganese-oxide technology and has an energy density of up to 400Wh/litre, but changes to the chemistry could see this rise to 1,000Wh/litre in the next 10 years.

At that point the battery could be shrunk to less than half its size to reduce weight while maintaining overall vehicle range.

“Of course, chemistry is key for increasing the energy density of a battery,” says Pillin. “However, also the mechanical concepts of building a cell or a battery module are crucial to achieve this target. Here leading edge manufacturing technologies have a big lever.”

But Pillin does dampen any expectations that huge gains to energy density are possible with current lithium-ion technologies.

“Although lithium-ion has improved enormously and still has room for improvements, its maximum energy density has certain technological limits,” he continues. “The high energy density of lithium-ion batteries always requires increased safety measures to reduce the hazard arising from its chemical energy.”

This is why, in the next 20 years and beyond, lithium-ion could well be superseded by other technologies.

Bosch already has projects in the pipeline and is working on solid state systems and looking at technologies such as lithium-air and lithium-sulphur. 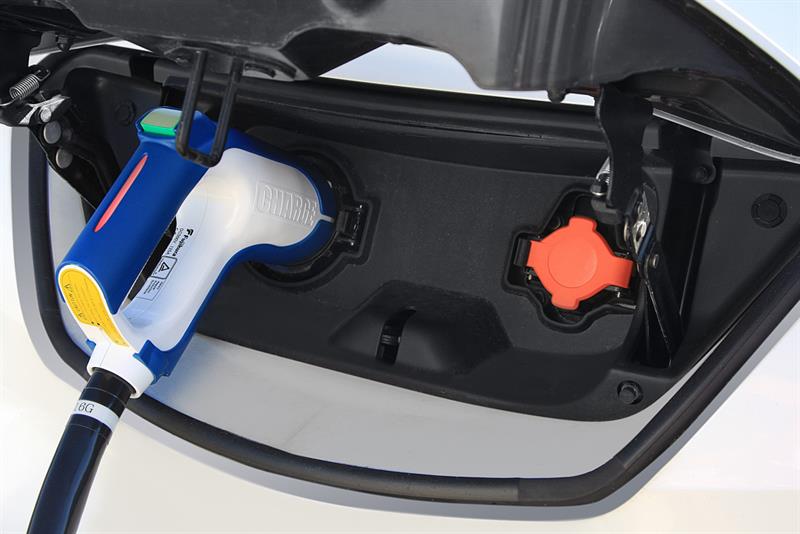 mileage the vehicle has to achieve) as its gravimetric energy density could reach far beyond what standard lithium-ion technology can offer,” explains Pillin.

This is a position that Ricardo echoes: “It may well be that the current problems preventing the commercialisation of solid state/lithium-air batteries will be resolved, offering – at today’s prices – the potential of a sub-$100/kWh technology capable of energy densities in excess of 0.7kWh/kg,” says Tolliday.

But while those technologies offer a host of benefits, it is lithium-ion that will be the driving force behind the widespread adoption of electric and plug-in hybrid vehicles as we attempt to wean ourselves off fossil fuels and reduce localised emissions.

Weight and cost are still challenges that need to be faced, but as more money is funnelled into R&D programmes, those challenges should eventually disappear. The electrified vehicles that we see on our roads in 20 years should be much cheaper, lighter and more fun to drive than those that are currently on offer, and it’ll be because the technology that’s currently powering our communication and music will be driving our transportation too.