Has ultraviolet light curing finally come of age for adhesives?

<b>Curing adhesives with ultraviolet light was invented back in the 1960s, but it has taken 50 years for manufacturers to realise its full potential. Paul Gay considers the development of light curing technology.</b>

UV curing is a speed curing process in which high intensity ultraviolet light is used to create a photochemical reaction that instantly cures inks, adhesives and coatings. 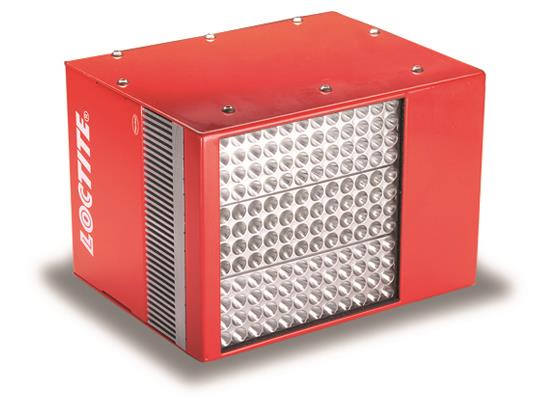 As a process, UV curing can be described as a low temperature, high speed and solventless process. The cure is effected by polymerisation rather than evaporation. Since its introduction, the technology has streamlined and increased automation in many industries.

The advantages of using adhesives over mechanical fasteners are well documented. They include distribution of load and stress over wider surface areas, elimination of joint fatigue, improved impact resistance, reduction in finishing and they can provide aesthetic enhancements.

In addition to performance advantages, light curing adhesives can provide very significant process advantages. They are single part, which means that no mixing or mixing equipment is required, and there is less waste. They cure very quickly, typically in seconds, and on demand in that they only start curing when exposed to light of specific wavelength. This reduces the need for jigs and tools and minimises work in progress.

Light curing adhesives produce true structural bonds to glass, metal, ceramic and many plastics, including ABS, PC, PMMA, PA and PVC. They are used in assemblies with multiple substrate types and with the correctly chosen formulation, tensile shear and peel strengths are high, typically between 2500 to 4000psi at break. In general, they are resilient, tough and provide good impact strength. There are viscosity variations to suit wicking and thin bondlines, or to fill gaps, to be self-levelling or to be applied to a vertical surface. The operating temperature window is typically -55°C to 150°C.

Historically, these materials were cured with UV light, reacting to light in the near-visible, long-wave UV-A range (315-400nm). Since many plastics have UV blocking ingredients in them to help prevent the embrittlement and yellowing caused by ambient UV light, plastic bonding adhesives use a synergistic combination of UV and visible light to generate fast and effective cures. UV curing equipment based on metal-halide lamps produce broad spectrum light suitable for curing most materials. The latest developments in curing technology include curing equipment based on LEDs, which produce a narrow spectrum light, centred around a specific wavelength (i.e. 385nm or 395nm).

Whilst not a drop-in replacement for broad spectrum lamps, UV LED curing lamps are becoming more popular, and adhesive formulations are emerging, which are optimised to cure with their output.

Due to the on demand cure, single component formulation and viscosity choice, light curing adhesives are very easy to employ in automated processes. They can be applied with a wide variety of dispensing technologies and with repeatable precision. As the cure is so fast, quality assessment procedures can be implemented immediately after assembly, or indeed sometimes in-line as part of the process. Yields are high, since the process is readily controlled and robust.

One such example has been developed to cure with visible light as well as radiation in the UV spectrum.
Originally formulated to be cured with UVA/UVC light and then UVV visible light, the latest generation of Loctite light cure adhesives rely solely on the visible light spectrum to provide a safer, more efficient and immediate cure for a broad range of assembly applications. In tandem with the technical advancement of the adhesives themselves, Henkel has also continuously developed its range of UV light curing equipment and has now introduced a series of LED-based systems that offer significant performance benefits.

The company believes it has developed its LED systems to be efficient and cost-effective. The life expectancy of an LED is up to 20,000 production hours where a traditional mercury vapour bulb lasts for around 1000 hours, including warm-up and cool-down time. Typically, LED systems are built into solid-state housings making them extremely durable and portable.

Long-life, durability and easy maintenance translates into immediate and on-going cost savings, especially as LED systems consume less energy. They also take up less space than traditional UV cure equipment and are easy to automate. Safety is another significant benefit as LED light systems require no heat protective equipment or costly ventilation systems to protect against infrared and ozone. 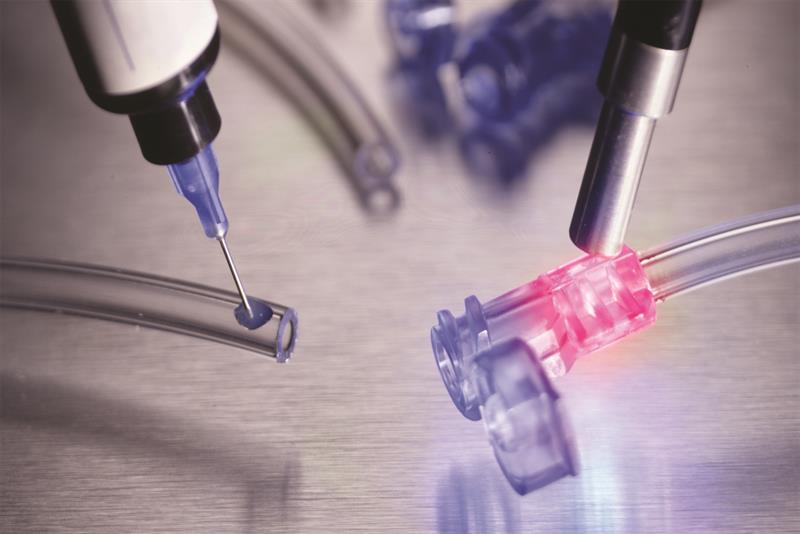 The range of LED systems provided by Loctite spans a variety of application requirements and as Henkel is a single source supply of adhesives, dispensing and curing systems, the optimal choice and combination of each element can be assured. The 7700 hand-held LED light source is used for light-curing products that respond to UVV cold light. It is available in two versions: the first for continuous use that can either be hand-held or mounted in a fixed position and the second, a rechargeable battery powered unit for intermittent use.

For adhesives curing in the UVA range Henkel has the Loctite UV spot cure LED. In its basic configuration the system is equipped with one LED head and one condenser lens but it can be extended with three additional LED heads. The unit was designed with due consideration to the emission spectrum of the cure system, light intensity, transmission properties of the substrate and required cure characteristics. The equipment is intended for manual work stations and also for integration into production lines so can also be equipped with a sensor head for measuring UV intensity.

While in an uncured state, an adhesive formulated with See-Cure technology is blue in colour for easy verification of placement. As the product cures with sufficient exposure to UV light, its blue colour transitions to colourless and provides obvious visual confirmation that the adhesive is fully cured and the bond site secure.

Products formulated with Ultra-Red technology fluoresce bright red under low-intensity black light (365nm), contrasting extremely well on plastics that naturally fluoresce blue in colour (like PVC). This allows manufacturers to incorporate automated or manual quality inspection to verify complete and accurate placement of the adhesive after cure. Dymax is currently offering several medical-grade adhesives that are formulated with the new Encompass technology.

In addition to adhesives and coatings, Dymax also offers high-performance oligomers as well as a variety of dispensing and light-curing equipment. The company's products are perfectly matched to work seamlessly with each other, providing design engineers with tools to dramatically improve manufacturing efficiency and reduce costs.

The machine is controlled pneumatically by foot pedal actuation, which is easy to use and ensures full and measured shot size control. Furthermore, its parallel fixed ratio drive mechanism ensures consistent processing of material from low to medium viscosity.

Ultraviolet curing has traditionally been carried out with mercury-vapour lamps. But with the advent of LEDs capable of producing UV radiation, curing devices using the technology have increasingly been incorporated in industrial and commercial applications. We can be sure that the generation of monochromatic ultraviolet radiation from LEDs is now very much a viable alternative to Mercury vapour lamps.

See the light with UV-curing adhesives