It IS rocket science

For an aerospace company, the complexities of propulsion systems had previously meant trial and error was the only way of producing reliable rockets. It has starting partnering with a software company to develop a CFD solution.

More often than not, the things in life we describe as ‘rocket science’ are nothing of the sort. But when it comes to developing propulsion systems for the next generation of reusable spacecraft, the term is entirely appropriate. As befits the cliché, it’s a complex topic, one that has seen some of the smartest brains in the industry turning to the world of computational fluid dynamics (CFD). Although CFD is by no means a new thing in the propulsion industry, it’s often been regarded as more of a curiosity than an everyday tool. Detailed combustion chamber data is tricky to obtain, on account of the harsh environment, and without validation data, engineers are loath to trust the predictions. That looks set to change, however, with more sophisticated software, increasingly affordable computing power, and escalating facility and testing costs prompting real-life rocket scientists to push the boundaries of numerical simulation.

ORBITEC, an American company that specialises in controlled environments for space and propulsion systems, has enlisted the expertise of Convergent Science, CFD code developers, to begin a new era of rocket engine development.ORBITEC has demonstrated and flown its vortex rocket engines and is now poised to insert new variants of these engines into flight systems. The shift from purely R&D to mature product development presents many new challenges, namely scaling the engine design to larger sizes and producing entire flight-weight propulsion systems. According to ORBITEC’s propulsion lead Dr. Marty Chiaverini, the primary challenge is optimising the fuel injector design to yield high performance at a larger scale. He hopes that addressing this with Converge CFD will illuminate the physical phenomena and facilitate new engine development.

“In the past we’ve not really been able to use CFD in a predictive way,” commented ORBITEC’s senior propulsion engineer Dr. Millicent Coil. “Most of us are from experimental backgrounds, so we tended to model the rocket alongside our real world testing, examine the results afterward, and then get no momentum from the data.” Drs. Coil and Chiaverini are keen to investigate how CFD might be harnessed more effectively. The ultimate goal is a fully predictive CFD simulation, which would be able to calculate the thrust capability of a new rocket design. “We’d like to use the numerical tools to design a new engine instead of merely to fill in missing information from existing test results,” expressed Dr. Chiaverini.

The cost of physical testing during the development cycle has motivated ORBITEC to embrace CFD. At the very small, conceptual scale, experimental costs are reasonable, and all permutations are investigated on the thrust stand. With ORBITEC’s more ambitious projects, the material, propellant, and fixture expenses preclude trial and error type design. “When we were first developing our vortex engine, most of the engines we were testing could be held in one hand – 50 lbf or 100 lbf thrust [0.22 – 0.44kN],” says Dr. Chiaverini. “We could do a lot of the prototyping in-house or outsource it at relatively low cost, so it wasn’t really an issue if we needed to run hundreds of tests. Now the engines are much bigger – up to around 30,000 lbf of thrust [133kN] - so everything becomes more expensive.” In contrast, CFD is becoming cheaper all the time. Inserting CFD at a key point in their design process, ORBITEC hopes to substantially cut prototype testing costs.

ORBITEC strives to use predictions from Converge CFD to accelerate its rocket engine development. Particularly the propellant injection hardware must be carefully designed to achieve peak performance, and this iteration can be lengthy. After sketching initial concepts, the current design process incorporates a number of tangential analyses to evaluate the performance of individual components of the propulsion system. Feedback from these analyses enables refining the design. Inserting CFD analysis of the rocket engine designs at this juncture will help downselect configuration options and refine the design before producing any hardware. This step will reduce the number of experiments needed and better target the experiments conducted, resulting in faster convergence on an optimal design. The predictive capability is key, because it enables using analysis before the product is developed instead of after. 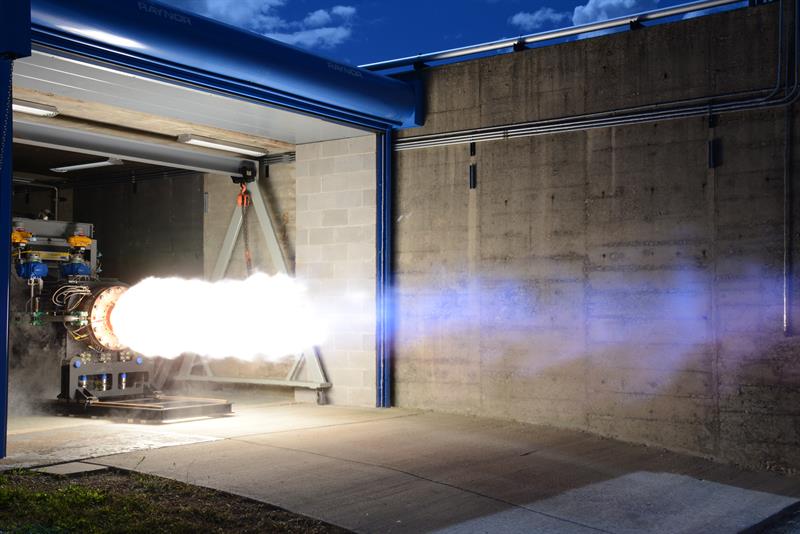 ORBITEC’s partnership with Convergent Science has catalysed its new design approach. Engineers from the two companies collaborate on topics in turbulence and kinetics to find the best approach for the models. The software company’s Converge CFD code, originally developed for and proven on internal combustion engines, has some unique properties that enable for ORBITEC a step change in the efficacy of the analysis. Instead of using a static, manually generated grid for the duration of the simulation, Converge automates and fully couples the mesh generation at each time step. Uniquely, this process is coupled to both the flow and chemistry solvers. Known as Adaptive Mesh Refinement (AMR), this allows the simulation to automatically refine the mesh density around areas of specific interest, such as turbulent zones or large temperature gradients. These schemes drastically reduce preparation and computation time.

For ORBITEC, the cut-cell and automatic meshing approaches applied in Converge means starting iterating in a day rather than a week. “From an engineering point of view, not having to mesh manually is huge,” said Dr. Coil. “It’s not that you don’t have to think about the mesh – it still succeeds or fails on your choices – but you don’t have to spend hours perfecting the mesh to avoid skewness like we did with the package we used previously.” Quick setup enables changing geometry very easily and thus simulating more variations of components more readily. With Converge, the experimental engineer can model complex phenomena with a shortened learning curve. The meshing strategies also enable accomplishing more simulation on a smaller number of cores.

The engineers at ORBITEC have been experimenting with Converge for around 12 months. They have seen good results from the package on a number of smaller projects such as external flows over rockets, wind tunnels, and preburners. Bolstered by this success, they are now plan modeling a new 30,000lb [133kN] thrust rocket engine. The hope is to integrate CFD into the design processes for all of their new engines for various applications.

There remain some technical challenges before ORBITEC is able to implement numerical modelling with the fidelity and the quick turnover rate required to effectively implement it into the design process. Like most combusting systems, rocket engines present some challenges in simulation. Faithfully modelling of cryogenic and supercritical propellants, phase changes, combustion of kerosene-based fuels, and the patented vortex swirling flow can prove difficult. With sound approaches to these challenges, ORBITEC and Convergent Science are aiming to break new ground in the propulsion industry. With a predictive CFD approach, they hope to slash the number of design iterations tested as physical prototypes and, perhaps more importantly, allow the engineers working on the project to explore new ideas. And that truly is rocket science.