Using technology to non-invasively change how we feel, think and behave

Three years ago, a mechanical engineer, an electronics engineer, an industrial designer and a quantum physicist sat down together after meeting on the Innovation Design Engineering joint MSc/MA course at Imperial College London and the Royal College of Art. Rather than being the beginning of a particularly dry joke, these men and women started working on technology inspired by psychophysiology - the study of the relationship between the mind and the body.

Within two weeks of the project’s inception, the first prototype, ‘myTempo’, was developed by the group with help from Manos Tsakiris, professor of psychology at the Royal Holloway University London. This quickly evolved into ‘doppel’, a wearable designed to work with the body’s natural response to rhythm to change how you feel – on demand.

Nell Bennett, co-founder and design director of doppel, explained: “Unlike traditional wearables that merely measure or monitor your body, the doppel wristband emits a vibration that feels like a heartbeat on the inside of your wrist - working with your body's natural response to rhythm to change how you feel.”

The company claims that humans don’t just feel this pulse but respond to it; a faster rhythm makes you feel more alert and a slower one calms you down. The device is claimed to allow you to use your own body to help pep you up for that really long meeting, stay calm during an important presentation or wind down at the end of the day.

The wearable doesn’t directly affect your heart rate; it works by changing your brain’s perception of it.

Bennett added: “The effect is similar to listening to upbeat or slower music. However, unlike with music or other outside stimulants or depressants such as caffeine or sleep aids, you can set your pace, when and where you want, non-invasively.”

In an independently verified study, carried out by Prof Tsakiris, doppel was proven to increase alertness in participants taking part in a Psychomotor Vigilance Task. The key finding from this study was that doppel was found to reduce the percentage of lapses in alertness which correlated with faster response times.

Some would say that the wearables market has reached its peak with a plethora of devices that monitor, collect, store and transmit data with arguable benefits to the wearer. To design a disruptive wearable that does something rather than just monitor and gather data, the designers of doppel recorded potential customers in their work environments, watching how they fidgeted when they were unfocussed, their nervous traits while in meetings and how they calmed themselves when preparing to give a speech.

“Studying people’s behaviour guided us when designing doppel’s natural interactions,” Bennett said. “When people are stressed or nervous they often rub their cuticles or stroke the ridge of their nails. When feeling tired, a squeeze or a sharp tap can help you feel more alert. We took these everyday actions and used them to influence the design.” 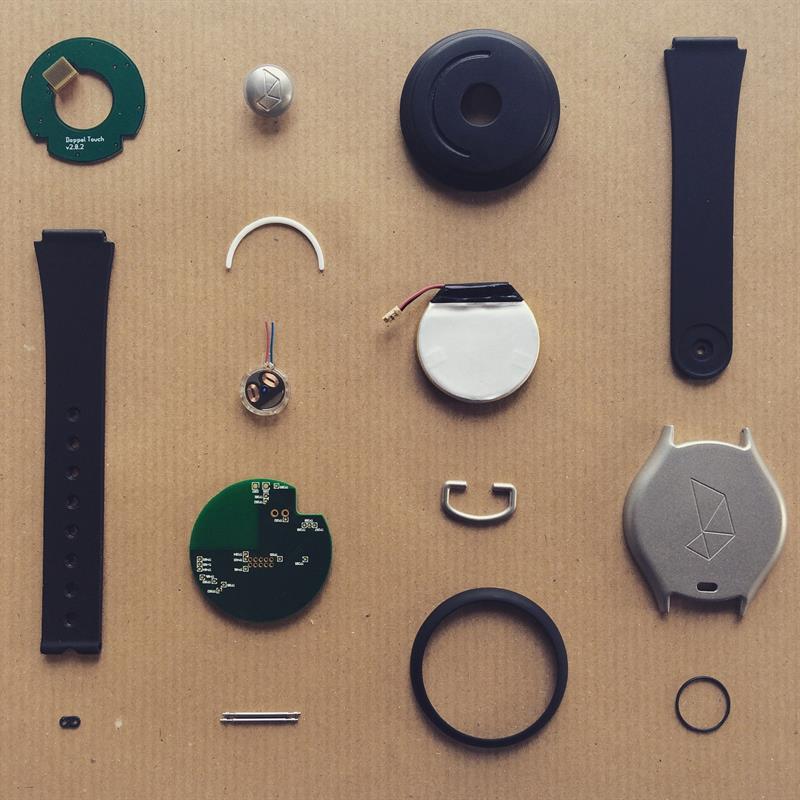 One of the main design challenges was to keep the device slim-line as it is worn against the inside of the wrist and allows the wearer to feel its physical effects through their senses rather than by digital notifications. The initial design of the product went through many prototypes both designed in SolidWorks and physical versions tested by hundreds of potential customers. This resulted in the ‘face’ of the wearable measuring 40mm in diameter and 10mm thick.

Star Rapid (formerly Star Prototype), a Chinese-based rapid prototyping, tooling and low-volume manufacturing company, was contacted to design the initial prototypes of doppel. Gordon Styles, president and founder of Star Rapid, said: “We worked with the team at doppel to help them make a series of cases and wristbands for their initial rapid prototypes using our vacuum casting service.”

Using the doppel team’s SolidWorks designs Star Rapid produced a silicone mould that was filled with UPX-8400 casting urethane, a soft polymer that readily takes coloured pigments and which can be adjusted for different hardnesses, that was finished and assembled into a functional prototype.

Styles, added: “We were delighted to be a part of the development of the doppel and we’re excited that they’ve experienced such success on Kickstarter.”

A big feature of doppel is that it has no buttons. Instead, a number of capacitive sensors are placed underneath the face of the device allowing control of all its functions. The wearer sets the motor’s initial pace using an app, this information is transmitted to the wearable which you turn on or off by covering the motor for five seconds. From there you stroke across the face of the device to make the rhythm slower, tap it to make it faster, sweep your fingers around the edge of the device – as if you were twisting a volume knob on a stereo – to change the intensity of the rhythm. You can even check its battery life by sweeping your finger across the face three times, doppel will then buzz five times for full battery down to one for 20% remaining.

A key design of the wearable, and its major feature, is its clear-top motor, allowing the user to see the motor turning as it creates the heartbeat-like vibrations.

“Before starting on this project, clear top vibration motors didn’t actually exist at mass manufacture scale,” Bennett said. “We spent hours pulling apart motors and rebuilding them to understand how they worked and how we could make the copper coils visible. We then spent many more hours with different motor manufactures having design meetings on how we wanted the motors to look aesthetically and how we wanted it to beat tactically.” 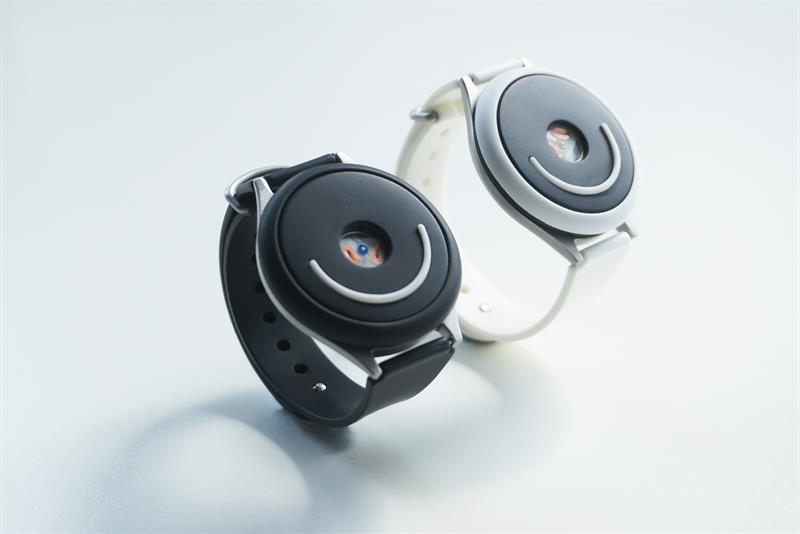 The team created the design and shipped it to Chinese company Jinlong Machinery & Electronics to scale up. Jinlong provided them with a 12 x 3mm, 3V coin vibration motor with clear PC plastic exposing the inner workings of the motor resembling a ‘tourbillion’ which is often used as part of the face design on high-end watches.

“We definitely didn’t make life easy for ourselves,” she added. “But we’re so proud of this innovation.”

The final product was originally expected to be finished and delivered to its Kickstarter supporters by April 2016 but, after hitting some communication and production issues along the way and a recent ‘quality problem’ with the PCBs just before the New Year, the team is currently in China finalising production drawings before mass-manufacturing begins.

Bennett concluded: “Creating, designing and manufacturing a brand-new hardware product was never going to be easy - but we’re so close. It’s truly incredible to see everything coming together. We absolutely cannot wait until the first doppels come off the assembly line!”

How do we embrace the opportunities presented by digital technology? The Digital Catapult offers some answers

UK fastening technology could revolutionise how we interact with everyday objects