Why are CFRPs less likely to be used for making industrial machine tools and automation systems?

If you hear mention of carbon fibre-reinforced plastics (CFRPs), you – like many designers and engineers – will likely think immediately of Formula 1 cars, racing bikes and fighter jets.

“While CFRPs are being increasingly used in commercial aerospace and mainstream automotive applications, where the stiffness and light weight of these materials drive reductions in fuel consumption and carbon dioxide emissions, they are typically associated with the expensive, the exotic and the niche,” says head of business development at CompoTech, Humphrey Carter. “With some creative thinking and the right technical knowledge, however, the unique properties of CFRPs can be exploited in a wide variety of more down-to-earth industries, too. And the results can be striking.”

The manufacture of industrial machine tools and automation systems, for instance, is a highly competitive business, where end-users demand systems that deliver high levels of productivity and quality. As a consequence, companies operating in this sector are designing larger machines, with high-speed moving elements that can often be several meters in length. 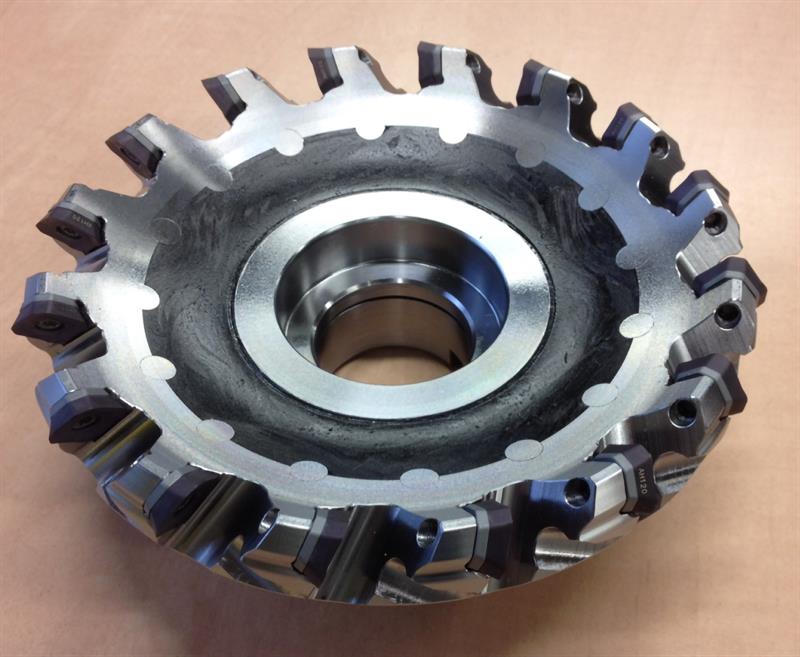 These elements must be produced to extremely tight tolerances and must be stable enough to accelerate and decelerate rapidly in such a way as to maintain the accuracy of the machine. Much like structural parts for racing cars and aeroplanes, therefore, they must be lightweight, and demonstrate sufficient strength and stiffness to support both static and dynamic loads with minimal deflection. They also offer damping advantage for machine performance and prolong their lifetime.

Indeed, for load-bearing and structural components, or for precision movements, the use of CFRP can help to improve speed of movement and acceleration, especially over extended distances. The accuracy and repeatability with which, for example, a tool set can be returned to exactly the same location, operation after operation.

Recently, Poland-based manufacturer of fibre laser machines, Eagle, was trying to reduce the weight of, and the deflection exhibited by, a 3.1m-long steel y-axis transverse beam for one of its laser cutters. By adopting a thin-walled composite design reinforced with foam cores, designed and manufactured by CompoTech, a composite manufacturing specialist based in Czech Republic, the company reduced the weight of the beam by 44% while increasing its stiffness.

These improvements enabled Eagle to double the peak acceleration of the beam from 3g to 6g, which, in turn, reduced the time required to cut a sheet of material in the machine by up to 30%. Furthermore, the extra stiffness and improved damping characteristics of the part resulted in accuracy improvements of up to 50%.

The development of composite transfer beams, meanwhile, was the aim of press manufacturer Schuler, which replaced a basic square section beam with a 3D hybrid composite version of a steel T-slot beam. The resulting beam weighed just a quarter of the original section while demonstrating an axial modulus of 400GPa, which increased its natural frequency of resonance while decreasing its dynamic response. This allowed the machine to run at a faster rate than was previously possible, from 20 strokes a minute to 32 – increasing its output by 40%, on average.

“It’s not just in large parts that the properties of CFRPs can yield real benefits,” adds Carter. “A steel/composite hybrid milling tool developed by CompoTech, for instance, can perform faster and machine more accurately than conventional alternatives. The tool also imparts improved surface roughness meaning that, in certain circumstances, it can do the job of two varieties of steel tool, for rough and final machining. This increases milling productivity, decreases machining time and reduces machining cost.”

The reduction in weight – up to 40% – and the increased stiffness enabled by the use of carbon fibres also enhances the damping properties and increases natural frequency of the tool – reducing unwanted vibrations in the machining process, thus giving the tool more stability.

The low weight of the milling tool also means that less energy by the machine is used in non-loaded positioning, while its lower inertia slashes peek energy in acceleration. This can also reduce wear on parts of the machine, meaning that the lifetime of the machine and the durability of the tool tip can be increased. If you consider replacing the spindle motor and the bearings with composites, these parts can reduce the lifetime cost of a machine. In some cases, they can allow a machine to handle and machine with a larger tool where weight might be the restriction. 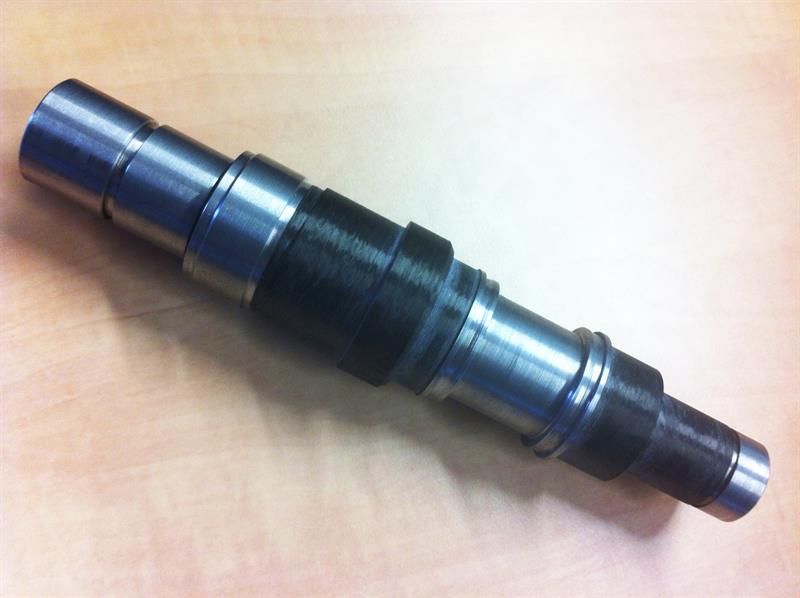 “Of course, CFRPs are significantly more expensive than steel or aluminium, which might be enough to stop some machine designers from considering the use of parts made from such composites,” says Carter.

“To maximise the stiffness of the final parts, CompoTech employs Graphite Carbon fibres made from pitch, rather than the more common polyacrylonitrile (PAN) fibres. Differences in their microstructures mean that while they are not as strong, pitch-derived graphite carbon fibres possess a Young’s modulus significantly higher than that of their PAN counterparts, making them ideal for such stiffness-driven applications.”

Furthermore, Carter adds, modern manufacturing methods can be employed to significantly narrow the cost gap between CFRPs and metals. Automated axial fibre placement allows fibres to be aligned along the length of the tube or beam, suiting it for machine members and other components that must be highly resistant to bending loads. The vibration behaviour of the parts can also be tailored through this process.

The dimensions and wall thickness of the part can be adjusted to tune its natural frequencies, for example, and damping materials, such as rubber and cork fillers, can be incorporated into the structure. Additionally, internal foam reinforcements can be used to improve the vibration stability of the walls of large-section parts.

Finally, the performance benefits associated with the use CFRP parts and tools rather than conventional metallic alternatives can be significant – helping to offset any extra expense as well as improving some lifecycle costs.

“Designers and engineers in the manufacturing industry may be shy of specifying CFRPs, underestimating their benefits while overestimating the cost and complexity associated with their use,” concludes Carter. “As we have seen though, the use of composite components can play significant role in boosting the performance of machines.”