In 1919, just four months after the end of the First World War, Citroën released the Type A which featured a bevel gear with herringbone teeth, a design that made them less noisy and more efficient than traditional toothed gears. The company’s founder, André Citroën, patented this design in 1900 after seeing them used in a Polish mill. The chevron-shaped teeth are said to have inspired the company’s logo.

“André Citroën wanted two things on every car: Bold design and new technologies,” explains Leclercq. “Of course, in those days it was much easier to bring new technologies and differentiate yourself from different companies, but we’ve done it a lot. We own the biggest number of patents in the car industry.

Few designs are as bold as the concept vehicles Citroën has unveiled this year to demonstrate its idea of future mobility. The design team has developed two very different concepts: The Ami One follows in the footsteps of the 2CV as the ultimate utilitarian urban car for the future; and the 19_19 which has a radical design inspired by aerospace and is intended for longer journeys transporting passengers in maximum comfort, autonomously outside of cities. 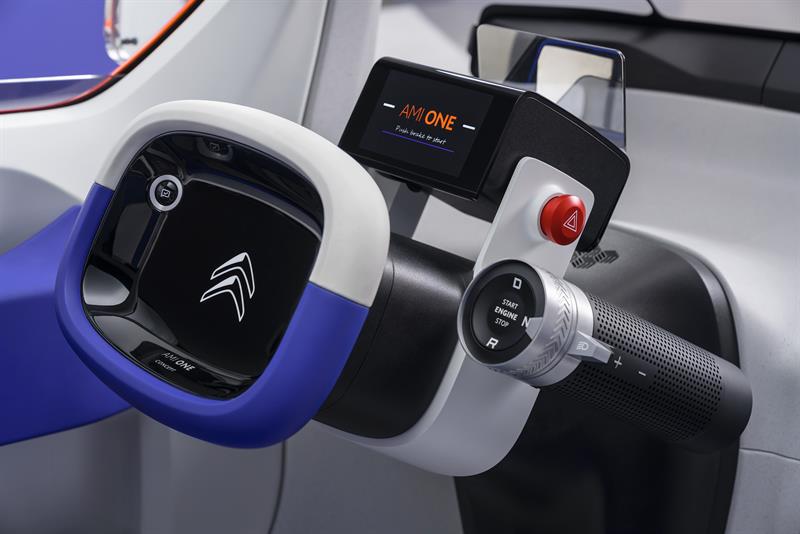 Leclercq says there’s no production schedule planned for either of the cars, this is simply Citroën’s vision of mobility for the near future.

“The price of batteries is exploding,” says Leclercq about the Ami One. “It’s very difficult to get an electric car on the road that is also economical for customers. So, the designers and the engineers work hard to find clever solutions that could bring the cost down. That’s why the two doors are exactly the same, they’re not symmetrical, they’re identical.”

The right-hand door opens like a standard door, with the hinge towards the front of the car, but the left-hand door has a rear-hinge that means it opens backwards. Also, the front and rear plastic panels are the same, they’re just set at different heights.

“For the designer this means you are less free,” Leclercq explains. “But if you start the project thinking this is what you want to do, there’s still a way to make a really cool car.

“If the customer says, ‘come on, this is the same piece as on the other side’, that means probably we haven’t done a good job. The thing is, the customers don’t see it right away, you have to explain it, and this is where we win I think.”

The interior of the Ami One places the smartphone at its heart, an app allows you to lock and unlock the car via a QR code. Once placed on a shelf above the steering wheel the app will synch the phone to the car and will display relevant information on the windscreen like a heads-up display or allowing the driver or passenger to access other apps.

“All the materials, inside and out on both cars aren’t just there to look nice, they also have a function,” says Leclercq. “That’s what I like about these vehicles, it’s actually more like a product design approach, not just a styling exercise. There’s a real concept behind it.” 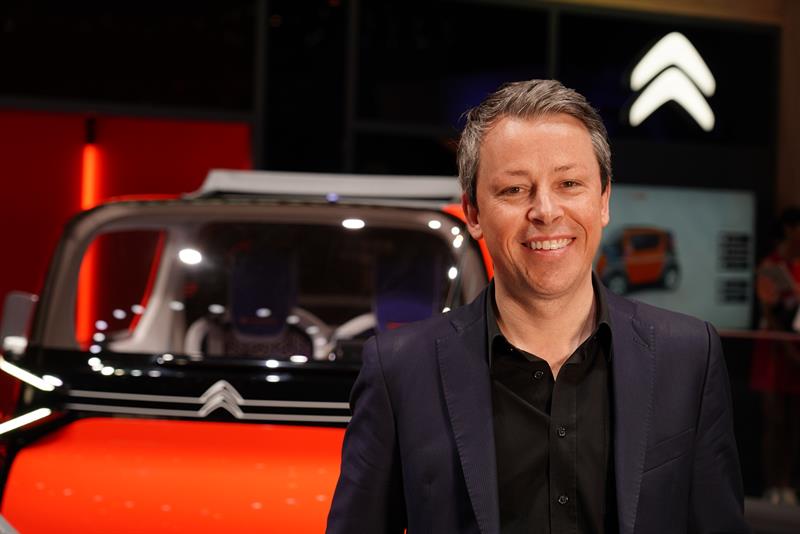 Despite very different appearances, Leclercq says the Ami One and the 19_19 share a design philosophy. 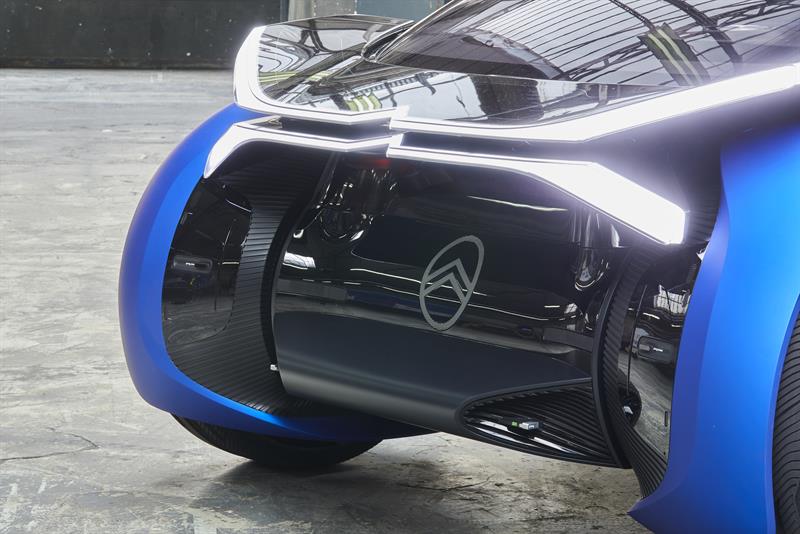 The 19_19 takes inspiration from the aerospace industry. This is especially obvious in the tailfin-style lidar sensor winglets in the roof. However, when you open the doors the cabin is based more on home-interior design including marble surfaces, a rear sofa seat and the daybed design of the front passenger seat. There’s also a lot of visibility with a fully glazed body including a window in the front of the car, where the ICE would be, but now acts as a screen where films can be projected for the passengers to watch.

“The first sketch from the designer at the start of this project was a cloud on wheels, to represent comfort. This is really what guided the project all the way through,” explains Leclercq. “So, you have these independent wheels and you have this egg or water drop-shape connected to it.”

Leclercq adds that the whole Citroën range will be electric by 2025, but whether all models will be fully-electric or hybrid remains to be seen, as regulations vary from country to country. The key is to be flexible, especially looking to the future where car sharing is seen as a major trend over ownership.

“I think it’s going to be a mix of shared, rented and owned,” Leclercq suggests. “Some people, even if you make projects that look like they would only be rented or shared, would say ‘I don’t want to share it, I want to buy one’.

“This is where we have to ask ourselves the right questions because the car industry will change a lot. I think, truly, we’re at a similar stage to where the horse was replaced by the engine and this is why all the car companies are wondering what is next for us.

“Cars of the future will not be like the cars we have today. Of course, we are going to have exciting cars but what’s next? What will we do in our cars? What are the right solutions? Those are major questions to answer and they, I hope, will give us exciting products maybe totally different from what we know today.

“Either way, the flexibility of designers and engineers will be central to this.”

What has been learned from the three-year UK Autodrive project?