Electric vehicles are quiet – too quiet. Now a UK company has designed a system that creates noise to alert pedestrians

Blind pedestrians are 40% more likely to be hit by a hybrid or electric vehicle (EV) than one with an internal combustion engine (ICE), according to a survey by the Guide Dogs for the Blind Association. However, this doesn’t only apply to the blind or visually impaired, all pedestrians rely on sound to a certain extent to know if a vehicle is approaching.

This falls in line with a European directive published in November 2017 which says that from July 2019 all new EVs, both passenger and commercial, must emit a noise when travelling slowly, and existing EVs must be retrofitted with a device by 2021. However, this is technology that Brigade has already been working on for around a decade.

Brigade’s chairman, Chris Hanson-Abbott says: “In 2008 or 2009 I had the notion that modern vehicles and EVs were going to be extremely quiet and that there was something for us to do to provide some sort of added sound to give an alert to – what came to be dubbed by us as – the silent killer on the roads.”

Brigade pioneered the tonal reversing alarm in 1976, the ‘beep beep beep’ of which quickly became ubiquitous. In 2000, the company updated this concept by inventing the ‘broadband sounder’ (bbs) which incorporated a white noise sound which is easier for pedestrians to pinpoint where the reversing vehicle is than the previous tonal beeping.

Known as an AVAS (Acoustic Vehicle Alerting System) across the automotive market, Brigade’s QVS simulates an ICE’s sound characteristics by emitting a blend of ‘bbs-tek’ White Sound frequencies and tonal sounds. So, as the vehicle gets faster (up to 20mph at which point the sound of the tyres on the road is deemed loud enough to no longer be a hazard) or slower, the pitch of the noise will change, just as an ICE does. However, unlike the sound of an ICE the direction of white noise is easier to pinpoint for pedestrians.

The QVS’s white noise sound is said to be directional, gentle on the ear and dissipates quickly once the vehicle has passed by. People living and working in surrounding areas will not be impacted by unnecessary sound, reducing the impact on peoples’ health. 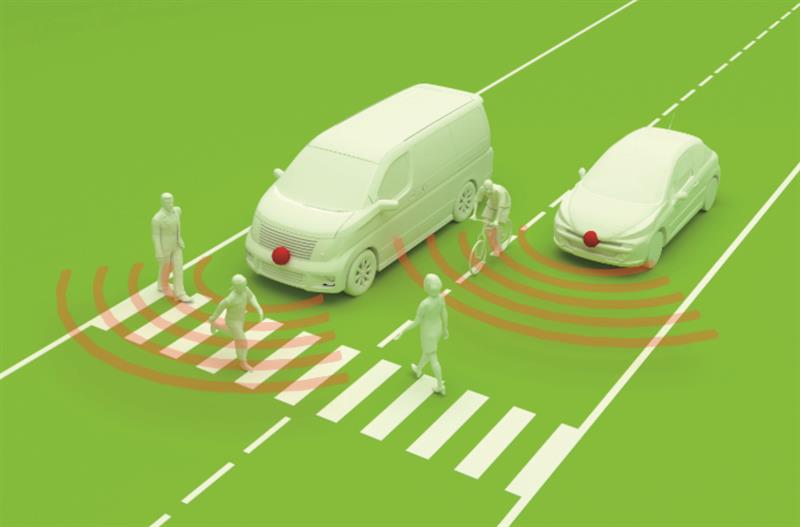 Richard Nevard, OEM commercial manager at Brigade, explains: “The problem with tonal sound is you can’t tell where it’s coming from. Our system uses a bass white noise sound, two fixed frequencies and two moving frequencies. The moving frequencies move with the vehicle’s speed and the other frequencies give you a blend of sound.”

According to Nevard, the original concept for the QVS was to have one speaker at the front and one at the back. But through trial work he says over 90% of customers decided that they wanted an ordinary reverse sounder at the back and a QVS at the front. 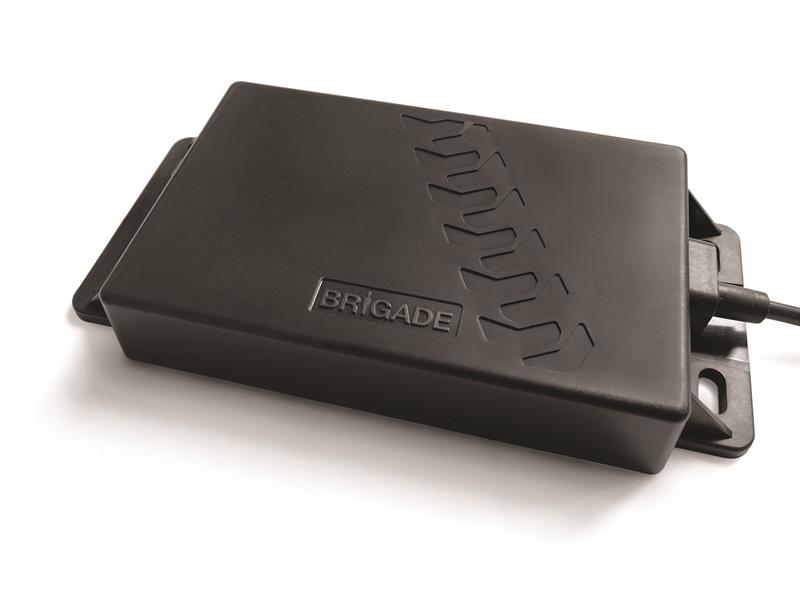 “The idea is not to create a new source of noise pollution, you’ll only hear it if you’re close to it or if it’s in a very quiet environment,” says Nevard. “We’ve worked hard to develop a sound that’s easily identified; you know where it’s coming from; it gives you an indication of the vehicle’s speed; and it’s not a sound that’s going to go through buildings and double-glazing to cause noise pollution. The automotive industry as a whole wants it to be distinct from a combustion engine, so people recognise it’s an electric vehicle.”

To create this unique sound, Brigade tested close to 80 different sounds using a diverse panel. Firstly, the sounds were tested statically. Secondly, a smaller number of sounds were trialled on vehicles. Thirdly, these were honed down again and fine tuning of the frequencies and how they moved on a particular vehicle was undertaken before the final sound was trialled on a range of different vehicles and in different environments. 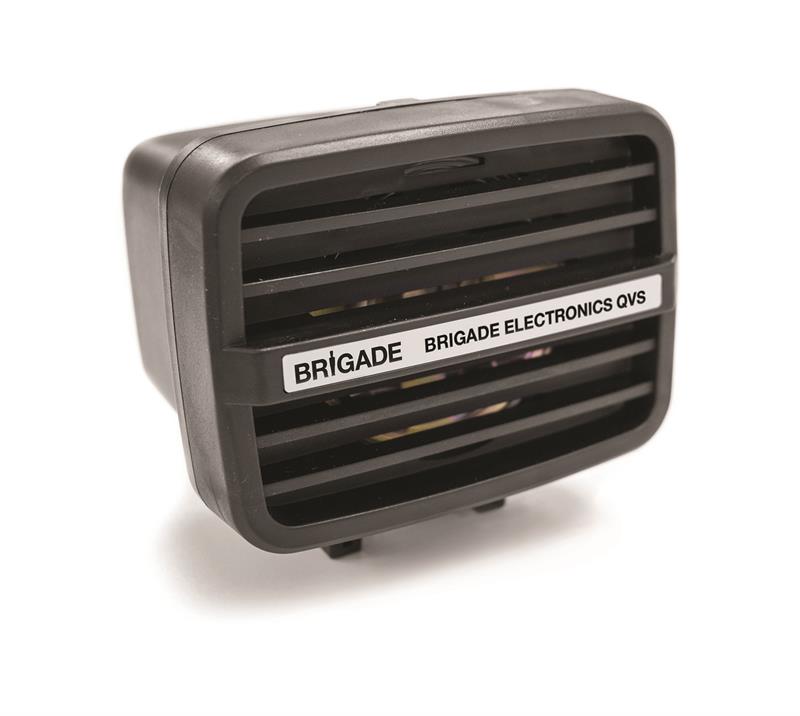 This hasn’t stopped large automotive OEMs and even Transport for London wanting to develop their own individual sounds that either set them apart from their competitors or differentiate between different vehicle types. Whether or not this happens though remains to be seen.

“We are delighted to bring this award-winning solution to a growing market that will alleviate the dangers posed by quiet vehicles,” says Hanson-Abbott. “It is a true game changer and one which will save lives and spare people from being injured in needless accidents.”

The QVS is available worldwide and works from a 12- or 24-volt power source, meaning it can be retrofitted to most types of vehicle. The system can either be fitted to the vehicle’s Tachograph to monitor the speed at which to activate/deactivate or, if the vehicle doesn’t have a Tachograph, it has CANSwitch compatibility. Importantly, the QVS will not drain a hybrid/electric vehicles power. So far, most of the interest in QVS has come from the electric light commercial vehicle (electric vans) and the bus markets.

Designed for a quiet life

Fasteners are playing a major role in the electric vehicle revolution