Inspecting shipping containers as they move on and off ships and through ports is a time intensive operation. Each ship holds around 2,000 containers and each one takes a few minutes to scan and longer to search.

CORSYS is a secure, cloud-based, digital ecosystem that integrates data from an array of devices and processes to support critical port and border security. It consolidates this information into a single command centre display eliminating the need for security operations managers to access multiple, independent bespoke systems to obtain the information they require.

“People working at ports and borders were literally moving, physically moving, from one system to another to get all of these different data sets and reports,” explains Keir Boxshall, head of innovation at Smiths Group. “Not even just opening different software on the same computer, but having to go somewhere else to get extra data. It sounds bonkers, but that is still the situation in a lot of places. What CORSYS does is essentially put all of that in one place. So, it’s hugely time saving.”

Combining scans from CT and X-ray scanners, CORSYS can assess every single container coming off a ship allowing users to control their entire security operation from a single, secure window. It supports real-time awareness and rapid decision-making when assessing anomalies, detecting risks and improving outcomes. It is currently on trial in ports in Holland and Asia.

“The user interface is very simple,” says Boxshall. “You’re not interpreting the data itself, that’s all in the background and only visible when you dig in, but it’ll give you a green a yellow or a red to go and open that container.

“That profiling is configured by the customer around a set of parameters that we’ve built into the software. The things that are easy to determine and data that’s already attached to the container, like where it’s been, who it’s from, any weight changes, without having to go through the additional expense and delay of scanning it.

The CORSYS architecture is based on an open, hardware-agnostic platform designed with Microsoft Azure as its core SaaS (Software as a Service) delivery service. It is developed on globally accepted technology, with government-level disaster recovery, that is positioned for large-scale enterprises. 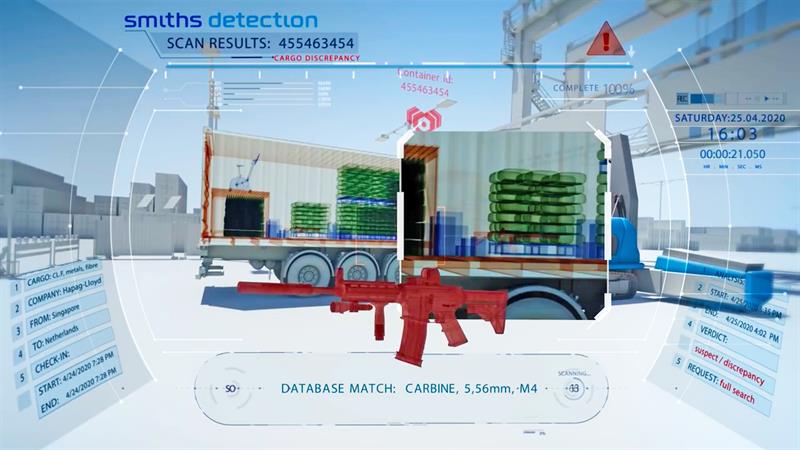 The system uses machine learning algorithms to determine the most efficient way to physically inspect targets – be that non-intrusive inspection (such as X-ray scanning), canine inspection or destuffing (unloading) the container.

To do this the system uses AI, computer vision and machine learning algorithms to interpret the images from the scanners and point operatives to where a weapon or contraband is.

“There are thousands of different gun types out there and you’re not going to scan every single one in every single position to be able to teach the computer how to spot them,” Boxshall explains. “We use simulated data to do that. It’s far more accurate than people looking through cases for things.”

This process gets more complicated however, because some guns are smuggled in pieces which CORSYS also must detect. On top of this, the system must also detect knives, liquids and contraband like drugs too.

However, using CT scanning and X-rays to find contraband within a container – which, according to the manifest, should be uniform in terms of its density if it contains a single type of cargo, like cigarettes for instance – if there’s an area within the container that’s more dense, it’s more likely that there is some form of contraband in there and a warning is raised.

This is the version of CORSYS that is currently in operation. In the near future, this process will be made even more simple for the operatives by utilising augmented reality (AR).

“We are working on ‘Future Vision’ as we speak to take it from here, where it’s on a panel of computer screens, to somebody wearing a Hololens and having AR vision,” says Boxshall. 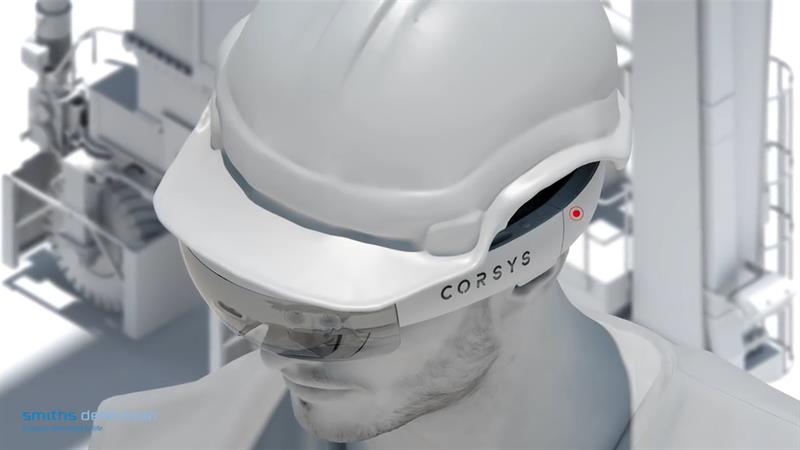 He says AR will further increase efficiency. Instead of even looking at a tablet to see what CORSYS has alerted them to, the operator will have a set of smart glasses on where the scan data is overlaid onto the physical container itself, giving the operator a sense of what it may feel like to have X-ray vision. For example, in the previous instance of the contraband hidden in a container full of cigarette packets, the scan data would be overlaid on the smart glasses to show the operator exactly where in the container the dense area, and therefore the potential contraband, is. This also speeds the process of emptying the container as the security operators will know exactly where they are looking once they open the container.

“There are still some hardware limitations with AR that mean that we’re not there yet,” Boxshall says. “But we think that it will likely be possible in the next generation or so. I’m not going to put a date on it, but within the next few years definitely.”

At its heart, CORSYS is a data aggregation platform and, as such, could be used in a whole host of applications. For example, it could be used in hospitals for any number of data gathering applications. In the same vein, Smiths Group itself is about to start using it to improve the efficiency of its own manufacturing processes.

A more direct use of CORSYS from the brief tests is in security scanning applications in airports where it could potentially detect not only weapons and contraband, but also the difference between safe and potentially explosive liquids. This would negate the need for travellers to remove electrical equipment and items containing liquids from their luggage at baggage scanners which would, in turn, speed airport security checks.

“Because our customers believe the solution is going to be so valuable and transformational for them, they’re pushing us to put CORSYS into markets that were initially a little bit later in our road map, so that gives you an indication of how strong the need is from them,” says Boxshall.

Energy chain materials and structures should be developed symbiotically