Meet the winners of the 2017 British Engineering Excellence Awards

The development of a more efficient way to make LEDs has put Grand Prix winner Plessey in the right place in the right market at the right time.

Few would disagree that innovative technology can make a significant difference. While that difference can affect individuals, it can also have a global effect – and innovation in lighting technology falls into the latter category.

While most LED light manufacturers use gallium nitride (GaN) technology for the LED, it is generally mounted on a sapphire substrate because it is cheaper than using GaN on silicon carbide. But GaN on sapphire has performance issues; when scaled up to meet the needs of floodlighting and similar applications, light absorption increases and efficiency drops. 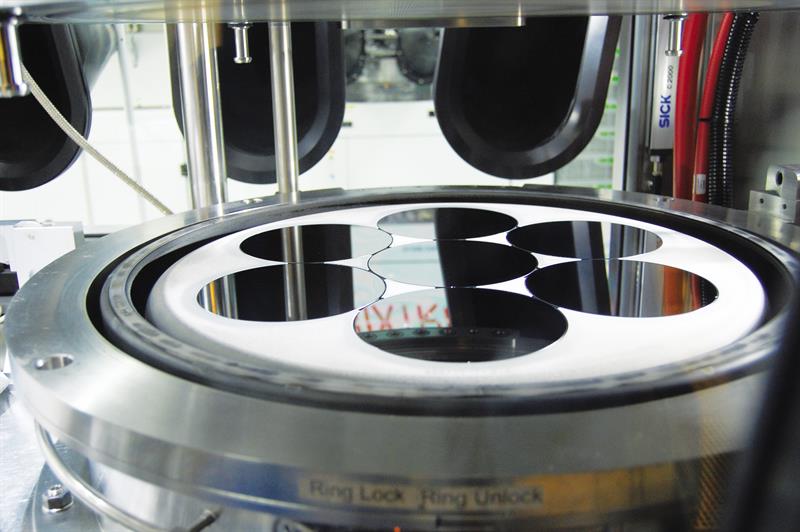 Looking to address these issues, Plessey Semiconductor has developed GaN on Si technology. According to the company, GaN on Si LEDs not only emit more lumens per unit area, but also dissipate heat more quickly. The result is smaller, more reliable LEDs.

There’s a good reason to select silicon as a substrate; one is the economies of scale available following decades of process technology development. And GaN on Si devices are said to be easier to make, with fewer masks and more tolerance to mask misalignment. This results in better yield.

While the arguments appear sound, manufacturing GaN on Si wafers is not without its challenges. However, Plessey can now make 6-inch GaN on Si wafers, bringing a range of performance and commercial advantages.

It has deployed this technology in its LUCIAN PLW7070 LED, in which a single die GaN on Si LED produces 30% more light than comparable devices at half the cost.

What the judges said

“It looks like Plessey has created the right product for the right market at the right time. In particular, the judges are heartened to see innovation from a UK semiconductor company.” 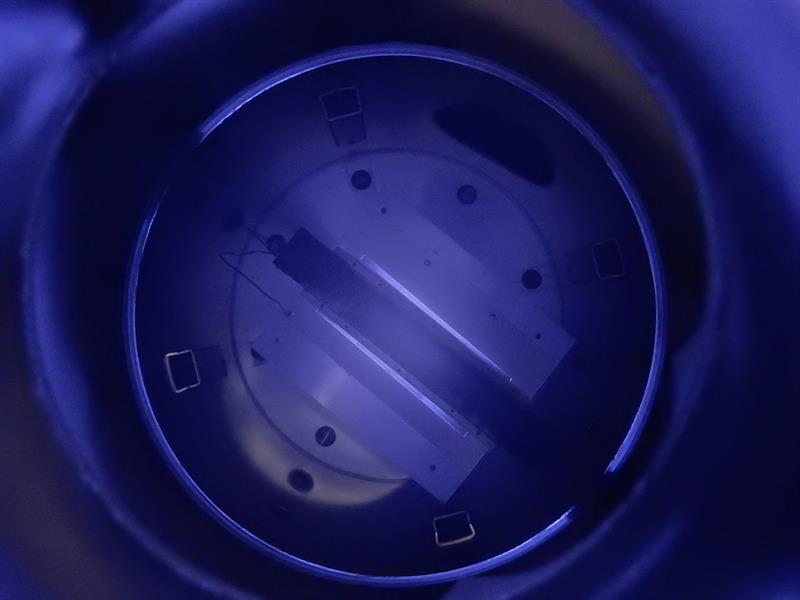 Surface treatments are valuable ways to extend the lifetime of critical components in equipment where reliability and minimum downtime are key factors. But these treatments often require sophisticated and lengthy sub layer preparation, followed by post processing operations such as polishing.

But Small Company of the Year Diamond Hard Surfaces (DHS) has developed an amorphous diamond material, called Adm, which gives extended life in high temperature, chemically aggressive and abrasive environments. Using a patented process, DHS can coat substrates ranging from steel to thermoplastics. The coating can be applied at relatively low temperatures, which means there is minimal effect on the substrate material and making the process more widely applicable.

DHS says it does not have a ‘one size fits all’ approach; its technology allows tailored solutions to be created. In 2016, DHS more than doubled its turnover and says it is on target to increase this by a further 50%, with around 60% of its business coming from export sales. 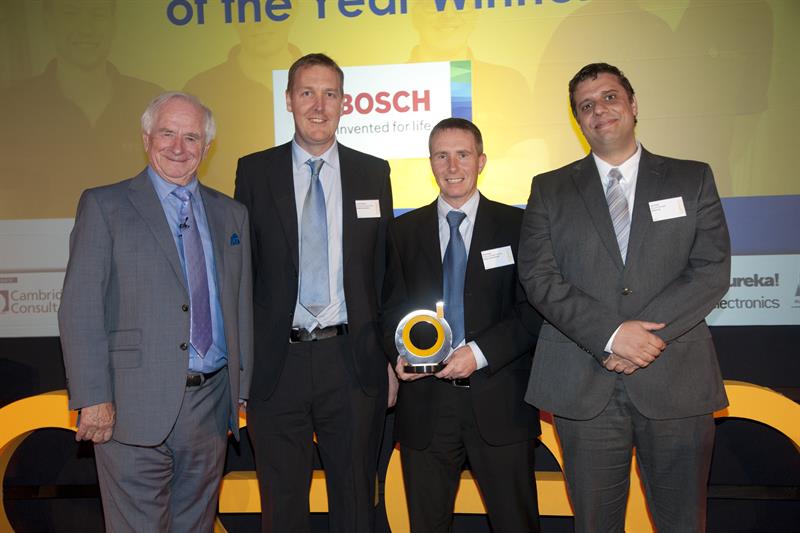 Design Team of the Year Sponsored by Altium UK
Kliklok

Looking to exploit an opportunity for a mid-range, flexible and compact, integrated cartoning system, Kliklok set a project in motion with a hard deadline – launching a new system at Interpack Germany in May 2017.

The project team comprised eight people – four from Kliklok and four from Bosch. There were obvious challenges; two groups, two countries, two languages and eight opinions. These were overcome with daily video calls, weekly project workshops and site visits. Team work was paramount and communication, trust, respect and sheer determination allowed the objectives to be met and the system to be launched on time.

Since graduating from the University of Glasgow with an MEng in Product Design Engineering in 2013, Rob Hanson hasn’t looked back. Working for Designability – a national charity developing life-changing assistive technologies – Rob’s recent work has included the design of a wheelchair baby carrier, dynamic seating for young children with dystonic cerebral palsy, and the development of Wizzybug, a powered wheelchair for children younger than five years old.

Rob has also played an important part in Designability’s ‘Design Together, Live Better’ project, in which it works with the public to understand the challenges of living with disability and to design products which overcome these problems. 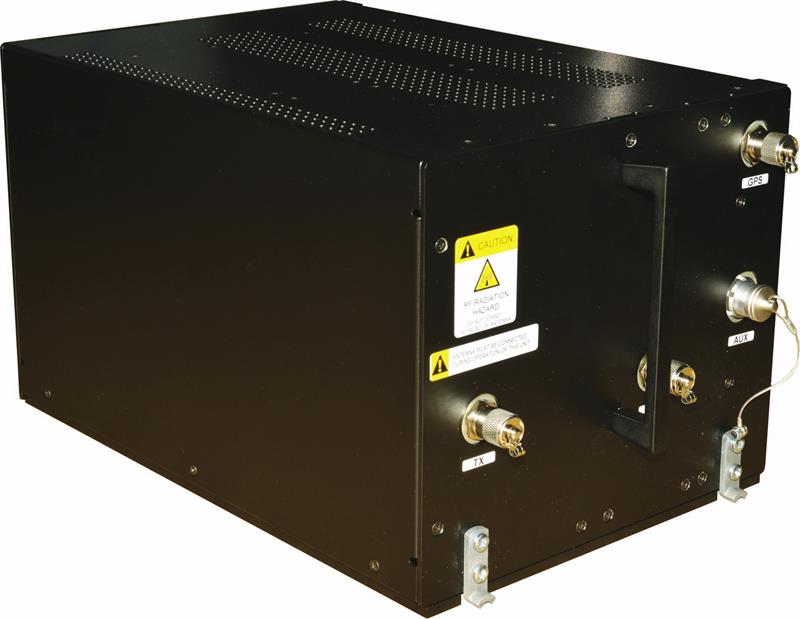 Looking for a missing person in a remote location can be like looking for a ‘needle in a haystack’, with search and rescue operations often reduced to ‘looking out of the window’. But Artemis, from Smith Myers, uses the missing person’s mobile phone as a location beacon.

The initial concept required a bulky direction finding antenna, but Smith Myers refined this approach by using the cellular protocol to perform distance estimates. This allowed two standard omni antennas to be used.

According to the company, Artemis will work with any phone and doesn’t require an app. The system will determine the missing person’s location and display it on a map, with directional information. It also supports voice and text communication with the mobile phone – even when there is no cellular network. 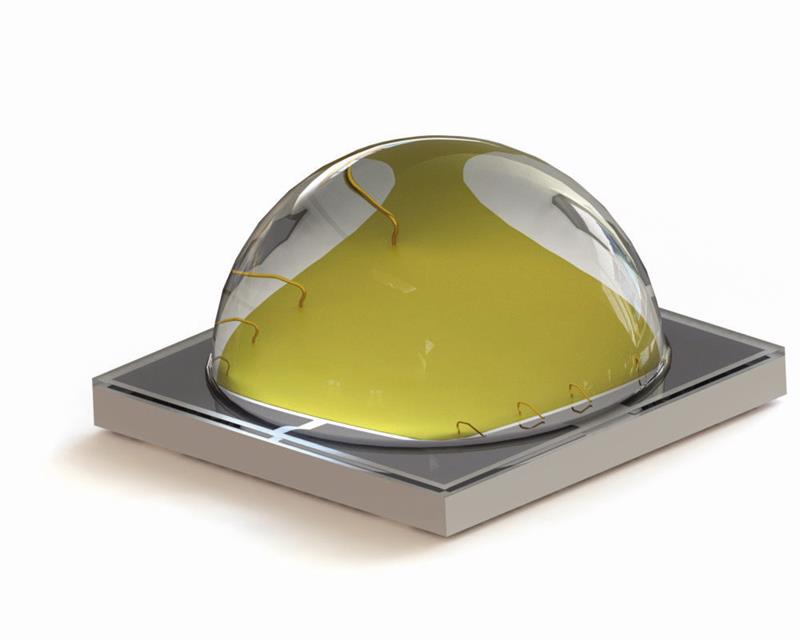 Most LED light sources are made from gallium nitride (GaN) fabricated on a sapphire substrate, but an alternative approach is to create LEDs using GaN on silicon technology. Winner Plessey Semiconductors says this allows more lumens per die area, while the thermal conductivity of the silicon substrate means heat can be dissipated more quickly.

But a GaN emitter mounted onto a silicon substrate is exposed to thermal strain. To resolve this problem, Plessey developed a technique which uses a buffer layer between the GaN and silicon layers.

10th Anniversary of the BEEAs: A decade of excellence – 2012

10th anniversary of the BEEAs: A decade of excellence – 2013